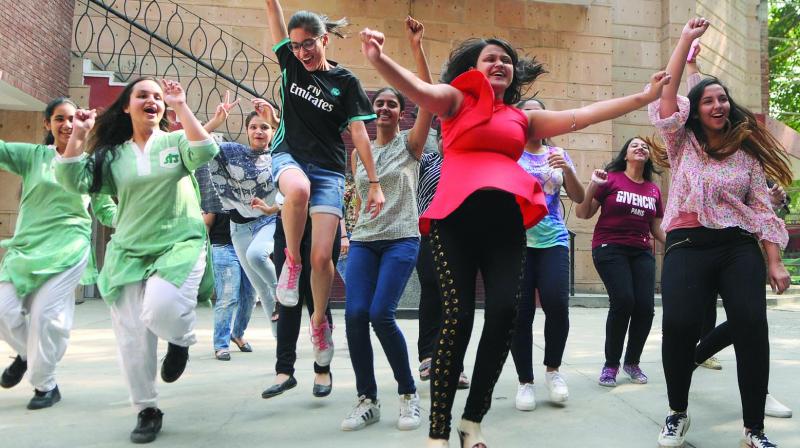 Students of St. Thomas School celebrate after the results of CBSE Class 10 were announced in New Delhi on Tuesday. (Photo: Biplab Banerjee)

New Delhi: Among all the categories of schools affiliated to the Central Board of Secondary Education (CBSE), the Jawahar Navodaya Vidyalaya (JNV) schools recorded the best pass percentage in the Class 10 board exams, while government schools registered the lowest pass percentage.

The schools under the Central Tibetan Schools Administration (CTSA) recorded a pass percentage of 86.43, while the pass percentage in government-aided schools was 73.46.

The government schools recorded a pass percentage of 63.97, the lowest among all the categories. The overall pass percentage in the Class 10 board examinations was 86.70, the CBSE said.

Over 16 lakh students had appeared for the Class 10 CBSE exams this year. Human resources development minister Prakash Javadekar congratulated the students who passed their Class 10 CBSE exams on Tuesday and said the reintroduction of the board exam was an important step.