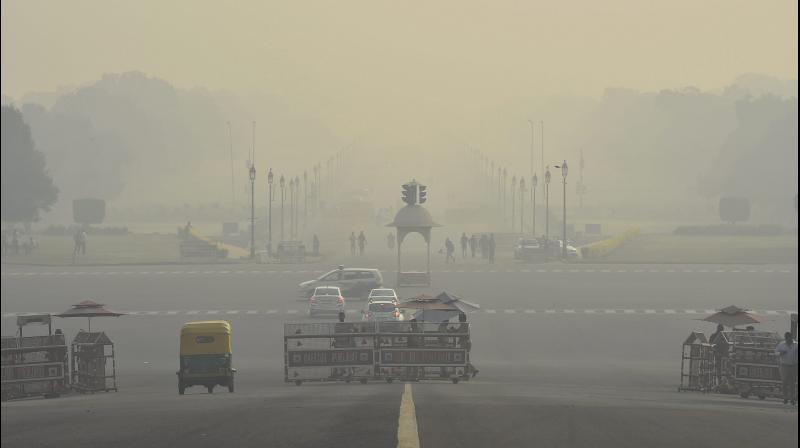 New Delhi: Delhi's air quality was on the brink of turning severe on Tuesday morning which witnessed worst pollution of the season as stubble burning in neighbouring states intensified, authorities said.

The air quality of Delhi was recorded at 397, just three points below the severe level and highest of this season, according to the data of the Central Pollution Control Board.

The SAFAR said the pollution is likely to increase further tomorrow and day after and then slow down.

"Air quality index will be in the upper level of very poor for the next three days. The main reason is heavy biomass burning in the past 24-hours and local calm winds," the SAFAR said.

The Indian Institute of Tropical Meteorology (IITM) also spotted a large number of biomass fire spots through satellite imageries in neighbouring states of Delhi. The prevailing meteorological conditions are less favourable for dispersal of pollutants for the next two days due to moderate ventilation index and low wind speed, it said.

"As per Air Quality Forecast the overall Air Quality of Delhi is likely to remain close to upper end of very poor category in the next two days," the IITM said.

A thick haze due to smog continued to hover over the national capital, authorities said.