Lauding the police force of Delhi, Patnaik said the Delhi Police is one of the best in the country and public perception needs to change. 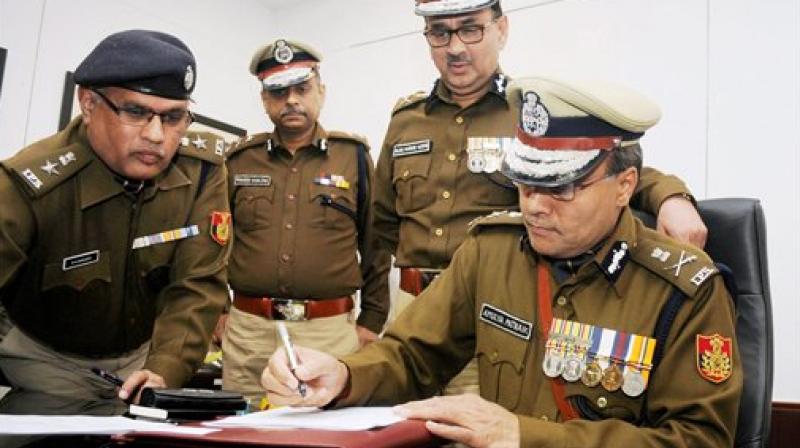 New Delhi: The newly-appointed Commissioner of the Delhi Police Amulya Patnaik on Tuesday said the immediate priorities of the police will be ensuring women safety and controlling the street crime.

"Controlling the street crime, women safety, safety of children and senior citizens and redressal of public grievances have always been the priorities of the Delhi Police and will continue to remain so," he said while addressing a press conference as he took charge of his office.

"Street crime has come down to very large extent in the recent days; heinous crime also has come down. We'll do our best to see how the women of state can feel safer. We'll work to ensure that service delivery of the Delhi Police reaches till every section of the society. The schemes that were started will continue. We will try to make these schemes even better. We will fine-tune them to invite more community participation," Patnaik added.

Lauding the police force of Delhi, Patnaik said the Delhi Police is one of the best in the country and public perception needs to change.

"We will also ensure that the public perception about the Delhi Police improves. It is definitely one of the best in the country; also one of most hard-pressed in the country," he said.

Amulya Patnaik was a day before appointed as the Commissioner of Delhi Police.

A native of Odisha, Patnaik is an IPS office of AGMUT cadre and was holding charge as special commissioner (administration) in the Delhi Police when announced to succeed Alok Verma as the Commissioner.

He has also served as joint commissioner (operations) in the Delhi Police.

Other IPS officers who were in contention for the role were Dharmendra Kumar and Dipak Mishra. Patnaik is believed to have had an upper hand due to his clean image.

This development came after Alok Verma was recently appointed the CBI chief.