While the Congress and the AAP are moving ahead with preparation, the Delhi BJP has failed to form any single poll related committee. 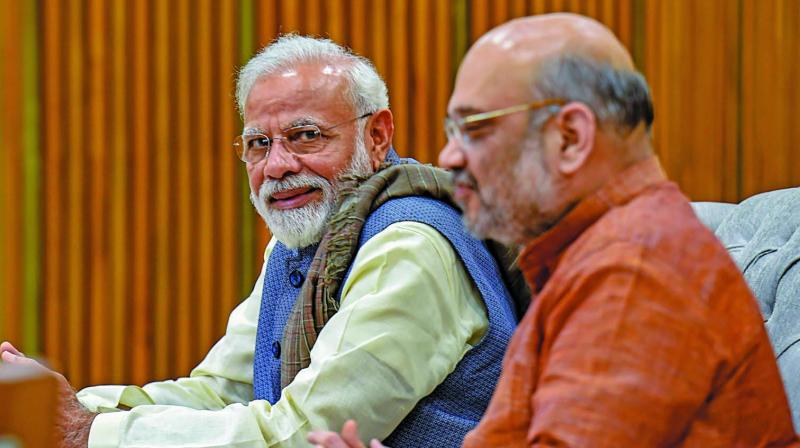 New Delhi: The Delhi BJP’s preparation for May 12 Lok Sabha polls in the national capital has taken a backstage as all the key leaders are concentrating on lobbying for themselves instead of managing party affairs.

While the Congress and the AAP are moving ahead with preparation, the Delhi BJP has failed to form any single poll related committee. These committees implement party’s strategy and provide all support to the official candidates.

A senior party functionary told this newspaper that the Delhi BJP must announce these poll related committees to kickstart the party’s campaign at ground or mobilise workers in the absence of candidates.

A party insider blamed aspiration of state office-bearers to contest Lok Sabha polls as the main reason behind non-formation of key committees. Interestingly, majority of them are members of state election committee, responsible for shortlisting of candidates.

“Managing party affairs is the responsibilities of in-charge, president and general secretaries but all of them are more focused on lobbying for themselves to get ticket instead of placing a party structure for the polls. Most interestingly, the state in-charge is also seeking ticket like others,” he added. Pointing towards senior office bearers eyeing ticket for Lok Sabha polls, for these current lots of senior functionaries’ party comes after self against the core ideology of self last.

Other political activities and ground works are also stalled mid-way in the absence of proper monitoring. “Several activities started or planned in the last couple of months have stopped. Those responsible for monitoring are busy in their own lobbying for ticket,” said a senior party leader.