This is the third case of suicide in last 24 hours after the CBSE declared their Class 10 result on Tuesday. 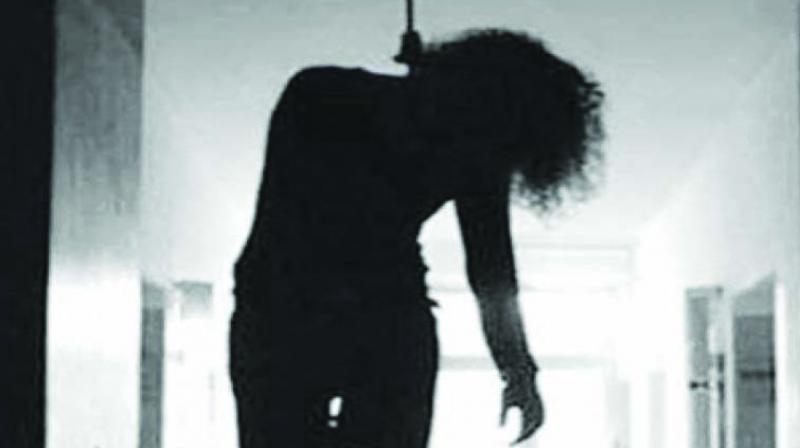 This is the third case of suicide in last 24 hours after the CBSE declared their Class 10 result on Tuesday. (Representational picture)

New Delhi: Perturbed by her CBSE Class 10 results, a 17-year-old girl allegedly committed suicide at her house in Delhi’s Dabri area, the police said on Wednesday.

This is the third case of suicide in last 24 hours after the CBSE declared their Class 10 result on Tuesday.

According to the police, the girl, identified as Khushboo (17), first slit her wrist and then hanged herself from a ceiling fan on Tuesday, following which she was rushed to a nearby hospital, where she was decla-red brought dead.

The girl was upset after her result, as she had failed in Mathem-atics and Science. The police added that no suicide note was found. The girl was a student of School of Open Learning. The deceased’s family used to iron clothes for a living.

Two other students,  Rohit Kumar Meena and Pragya Pandey, had also allegedly committed suicide for not scoring good marks in the Class 10 CBSE board examination in separate areas of Delhi on Tuesday.

The two students, Rohit Kumar Meena (17) from M.R. Vivekananda Model School in Dwarka and Pragya Pandey (15) of Ryan International School in Vasant Kunj, had scored 59 per cent and 70 per cent marks respectively and were dejected about not scoring well, the police added.

According to police, the girl from Vasant Kunj died after hanging herself from the ceiling fan at her house, while the boy from Dwarka committed suicide by hanging himself from the doorframe of the drawing room, using a dupatta belonging to his mother.

DCP Milind Dumbre about Vasant Kunj incident said the girl’s father is an officer with the Enforcement Directorate. “We received a PCR call around 4.45 pm from Fortis hospital that a girl had committed suicide and had been declared dead on arrival by doctors there.”

“On recording her parents’ statement, we came to know that she was disturbed after obtaining 70 per cent. She feared she would not get admission to the Science stream in Class XI,” said the DCP.

In Dwarka, police said, the boy killed himself soon after coming to know that he had obtained 59 per cent. “He did not speak to anyone and went up to the first floor to play with his younger brother. He then left his brother alone and was later found hanging from the doorframe of the drawing room around 3.30 pm,” DCP Shibhesh Singh said.

The boy’s father is employed with the House Tax Department of the South Delhi Municipal Corporation, said police.

The Central Board of Secondary Education (CBSE) declared the Class 10 board exam results on Tuesday. The overall pass percentage was 86.70. The three were among the 16,24,682 students who appeared for the Class X board exams, which were reintroduced this year after the CBSE scrapped the previous Continuous and Comprehensive Evaluation (CCE) system under which students were awarded grades.