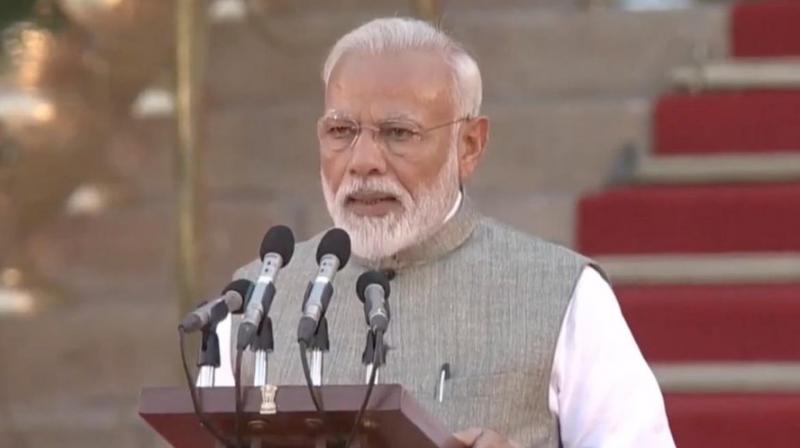 In order to ensure foolproof security, no unscheduled flights were allowed to fly over the NCR. Even newly elected Andhra Pradesh Chief minister Y.S. Jaganmohan Reddy and his Telangana counterpart K. Chandrasekhar Rao could not attend the swearing-in ceremony of Mr Modi as they were denied permission for landing of their special aircraft in national capital.

Mr Rao and Mr Reddy had planned to fly to Delhi by a special aircraft from Vijayawada to attend the swearing-in ceremony, sources said.

They were supposed to start for the national capital at around 2.30 pm but airport authorities here informed the Chief Minister’s Office that permission for landing their special aircraft at Delhi airport was denied after 3.30 pm due to arrival of foreign heads of state and government, sources said.

The Delhi airport witnessed movements of security personnel since morning as leaders of the Bay of Bengal Initiative for Multi-Sectoral Technical and Economic Cooperation (Bimstec) countries and dignitaries from several foreign nations were arriving in the national capital for the swearing-in ceremony.

Delhi Police said a three-layer security plan was put in place at the venue. As many as 8,000 to 10,000 police personnel with traffic personnel were deployed for the oath taking ceremony.