Environmental experts said that the species diversity and the number of birds have been fluctuating for some years now. 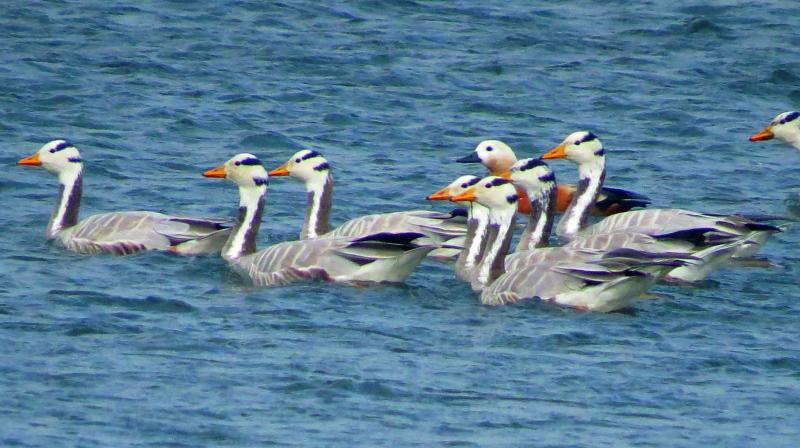 A flock of bar headed geese.

The lakes and wetlands in the national capital witness the arrival of migratory birds usually by this time of the year. However, as per data from five prime wetlands, only 27 species have been recorded till now. The number of birds is also less as compared to 2016.

In Okhla Bird Sanctuary, which is a haven for various bird species and a stopover for around thousands of migratory birds, the number only increased in the last few days even though the season for migration started much earlier.

The sanctuary had been dried for repair work in October, which is said to be one of the reasons for the delayed arrival of the birds there.

While 23 bird species have been recorded at Okhla Bird Sanctuary till the fourth week of December, their number is far lesser in other wetlands. River Yamuna, which recorded 12 species in November 2016, witnessed only eight this time. Similarly, Sultanpur National Park, where 20 species were recorded in November last year, only 14 were seen this year.

Out of the 27 species, only three — common pochard, black-tailed godwit, and ferruginous duck — were of near threatened (NT) and vulnerable (VU) category of the IUCN red list of threatened species.

Environmental experts said that the species diversity and the number of birds have been fluctuating for some years now.

“The pattern of delayed arrival is being seen in other parts of the country also due to the global climate change impact,” said ecologist T.K. Roy.