The work for the first phase of the greenfield project is underway and would cost over Rs 5,700 crore to complete 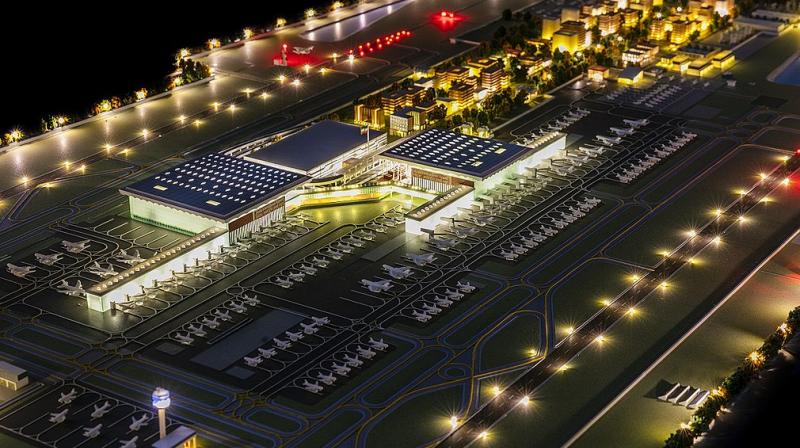 Noida: If COVID-19 pandemic recovery continues, the first phase of Noida International Airport (NIA), near Delhi, would be completed by September 2024 with one runway and capacity to handle 12 million passengers annually, a top project official said.

The work for the first phase of the greenfield project is underway and would cost over Rs 5,700 crore to complete, the official said and noted that the impact of inflation in the project cost was already factored in by Yamuna International Airport Private Limited (YIAPL), a 100 per cent subsidiary of Zurich International Airport AG, the Swiss concessionaire.

The NIA is located at Jewar in district Gautam Buddh Nagar of Uttar Pradesh state, around 80 km off Delhi. It is being developed in public-private partnership (PPP) mode by the UP government with YIAPL.

It is a major project for the UP government and for us as well. I don't want to speculate on the further development of the pandemic, that's not something for me to say. If the recovery continues, our commitment is to deliver the airport within three years, by the end of October or early October of 2024, YIAPL CEO Christoph Schnellmann told PTI in an interview.

We are all aware of the impact the pandemic has had on all of us in the past two years. One thing I would like to highlight is the fact the teams have embraced digital technologies in coming to terms with the impact of the pandemic. I am proud of this, Schnellmann said.

Multiple teams have been working on the project, an estimated 200 on the site, but not many of them have met each other in person, he said, stressing the advantage of technology during the pandemic.

On impact of inflation, particularly fuel prices and construction material, in last two years, he said the first phase of the airport will have one runway and a capacity for handling 12 million passengers annually.

We estimate that the first phase of the airport would cost Rs 5,730 crore. The Rs 29,560 crore or Rs 30,000 crore is an estimate for the entire project (to be developed in four phases). We have secured funding as well for phase one. We have factored inflation into those estimates, Schnellmann said.

As of today, we expect that the inflation we have anticipated would cover the project costs for phase one, he added.

He said as part of the PPP with the UP government, the state's administration has been fronting these discussions with the project's affected families with farmers living in villages on site.

As much as we have been able to ascertain, they have been leading this discussion very professionally, very effectively over the past several years. As of today, we have received about 98.5 per cent of the project land, and as you have mentioned about 16 hectares mainly around the periphery of the site that remain to be acquired, he said.

We trust that the UP administration would continue conversations for these pockets of the land as quickly and effectively as they have done in the past, Schnellmann said.

Although given that these pockets of the land are on the periphery, there is nothing that would derail the phase one development of the airport, he added.