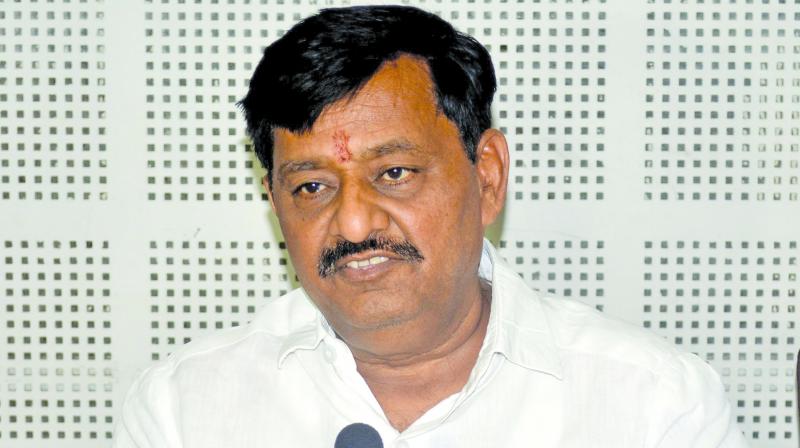 Giving this information in Nashik on Friday, state cooperatives minister Subhash Deshmukh said that the government wanted all farmers to get the benefit of this scheme and the date has been extended to allow the remaining eligible farmers to file their online applications.

Mr Deshmukh was in Nashik for a divisional review meeting of the cooperatives department. He said that the government had been directed by the CM to review the progress of the CSMSSY scheme and so far, reviews had been completed in 25 districts. “While giving succour to farmers, the government is committed to implementing various schemes to enhance farmers’ income.”

The minister said that traders and banks should try to deposit payments in the accounts of onion farmers through RTGS. “Farmers who get cheques find it difficult to get them realised and it takes time,” said Mr Deshmukh.

Stressing that it was necessary that farmers sell their produce when the prices were right, Mr Deshmukh said, “The ‘Shetmal Taran Yojana’ (Farmer produce hypothecation scheme) should reach the farmers. After soya bean, this scheme should be applied to onion, maize, wheat…”

He said that the government had amended laws to give security to depositors of cooperative credit societies and for this, the government would create the ‘Sthaire Nidhi’ (reserve fund).

“The government has also decided to form a regulatory body for cooperative bodies. And it is encouraging village credit societies to help farmers in newer businesses to increase their income. This promotion has yielded good results in some places,” Mr Deshmukh said.

Also present at the divisional review meeting of the cooperatives department were MP Harishchandra Chavan and district deputy registrar Nilkant Kare, among others.