Fire breaks out at ISRO's research, development centre in Ahmedabad

25 fire trucks, 10 ambulances are at Ahmedabad's Space Applications Centre after a short circuit led to a fire at the research building. 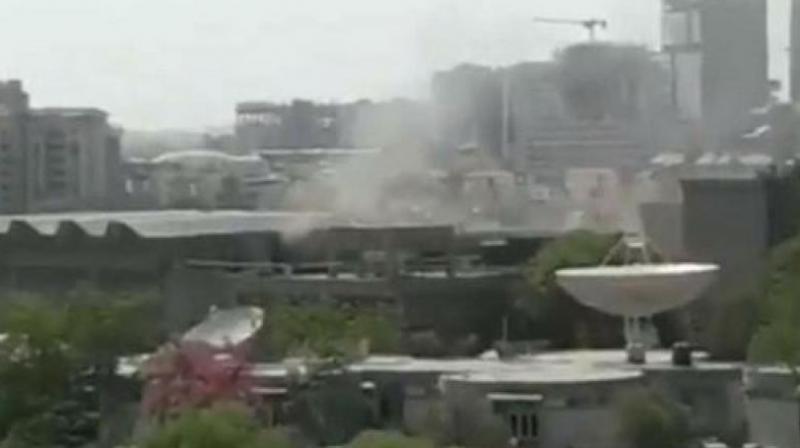 Officials said it will take some hours to control the fire at Ahmedabad's Space Applications Centre. (Photo: ANI)

Ahmedabad: A fire broke out due to a short circuit in the machinery department at Ahmedabad's Space Applications Centre on Thursday afternoon, the city's fire department said. A Central Industrial Security Force (CISF) guard was injured in the fire, news agency ANI reported.

A senior fire department officer, however, said no one was injured in the incident.

At least 25 fire trucks and 10 ambulances have arrived at the facility.

Ahmedabad district collector Vikrant Pandey, who reached the facility immediately on hearing about the fire, said the research centre building which was vacant at the time was completely engulfed by flames.

The Space Applications Centre (SAC) is a major research and development centre of the Indian Space Research Organisation (ISRO) and is spread across two campuses having multi-disciplinary activities.

"A major fire broke out at the research centre inside the sprawling SAC campus on the city's outskirts this afternoon," an Ahmedabad fire department officer said. After being alerted about the fire, additional chief fire officer Rajesh Bhatt and other senior officers rushed to the spot.

Municipal Commissioner of Ahmedabad told news agency ANI that the flames have been doused and the entire premises is safe and secure.