There are about 4,500 to 5,600 acre of vineyards in the Kasmade belt while Dindori, Niphad and Nashik tehsils lead in production. 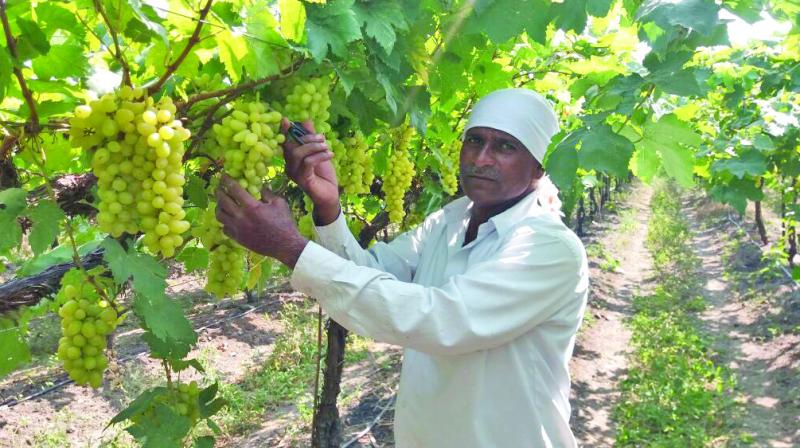 Nashik: An early harvest of fresh table grapes has begun in Kasmade belt of Nashik district, the largest regional producer of grapes in the country. Earlier, grapes were available only in the month of January.

However, this harvest is for domestic consumption, but some of it is also expected to be exported to Russia and Dubai.

Typically, the major harvest begins after January 15 and the bulk of the crop is exported. However, farmers have experimented with pruning techniques and got an early crop mostly in the Kasmade belt, which includes the tehsils of Kalvan, Satana (Baglan) and Malegaon and Deola bordering Khandesh, said grape farmer Khanderao Shewale who has a vineyard in Bhuyani village, Baglan tehsil, Nashik district, on Friday.

Manikrao Patil, president, Maharashtra Rajya Draksha Bagiatdar Sangh, said that pruning of most vineyards in Maharashtra had started in October and fruit from these vines would be harvested late December and early January. He said that there were some losses due to unseasonal rains and erratic climate due to which prediction of the January harvest could not be made. There are about 4,500 to 5,600 acre of vineyards in the Kasmade belt while Dindori, Niphad and Nashik tehsils lead in production. Meanwhile, the central government has taken the grape export issue seriously and implemented the Grapenet programme. Presently, only those grapes exported to Europe and UK are monitored by Grapenet.

In future export of grapes to all countries will be monitored by Grapenet, said Rajendra Boraste, treasurer, Grape Exporters Association of India.