The notification to be issued in ten days 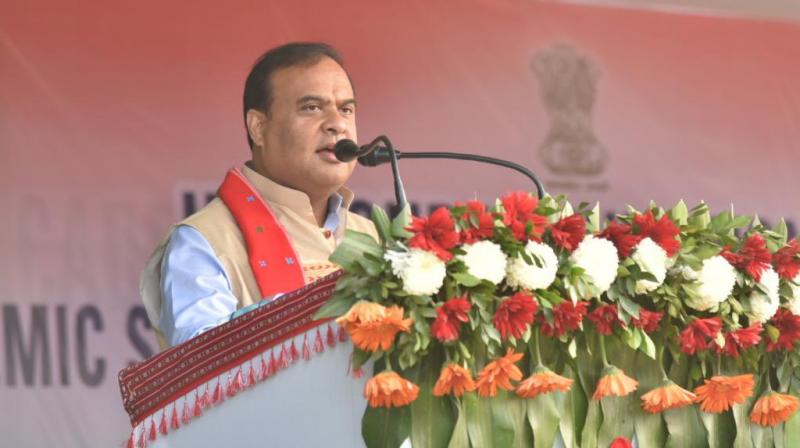 Guwahati: Assam Finance Minister Himanta Biswa Sarma on Saturday said the government will issue a notification in the next 10 days to increase the minimum wage of tea garden workers in the state.

Addressing a public rally here in the presence of Union Finance Minister Nirmala Sitharaman and Chief Minister Sarbananda Sonowal, he said the proposal to raise the minimum wage of tea labourers will be approved in the next cabinet meeting.

"Wait for 10 more days. We will issue a notification to increase your wages. After the next cabinet meeting, you'll hear good news," Sarma told tea garden workers.

The opposition Congress had criticised Union Home Minister Amit Shah after his recent visit to the state, alleging that the government did nothing to grant ST status to tea garden workers.

The party also alleged the government has failed to ensure that tea workers in the state get the minimum daily wage of Rs 351.

Countering these allegations, Sarma slammed the Congress for not opening bank accounts of tea garden workers.

He claimed that the BJP-led government opened over 6.33 lakh bank accounts in three months after the announcement of demonetisation in 2016.

Sarma also mentioned that the state government has spent Rs 1,400 crore for building roads inside gardens and opened high schools there.

He said the Sarbananda Sonowal dispensation offered Rs 12,000 each to 47,000 pregnant women in the estates.

Ahead of the assembly polls in Assam, Sitharaman on Saturday distributed Rs 3,000 each to 7.47 lakh tea garden workers in the state under the Assam Chah Bagicha Dhan Puraskar Mela Scheme.

Speaking on the occasion, Sonowal accused the Congress of neglecting the development of tea belt in the state.