The woman, Macha Manjula, sent an SOS to her husband describing the physical abuse she is going through and how she is locked up in a bathroom. 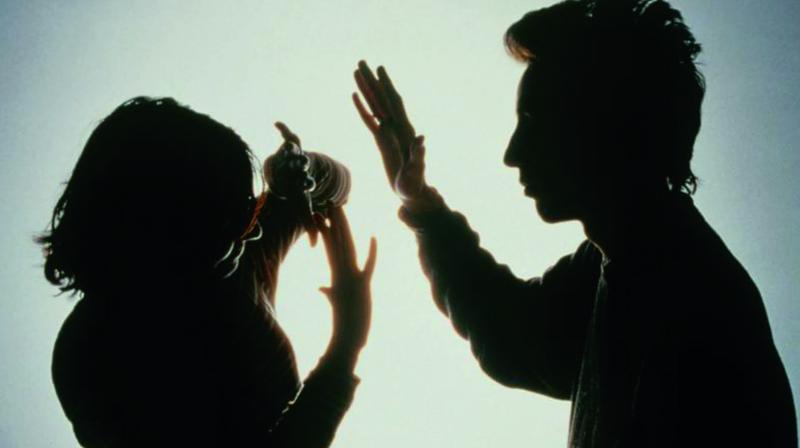 Hyderabad: A 36-year-old housewife from Hyderabad who had been trafficked to Saudi Arabia to work as a nanny for children, is being tortured by her employer.

The woman, Macha Manjula, sent an SOS to her husband describing the physical abuse she is going through and how she is locked up in a bathroom. Her husband and kids, who are worried about her safety, appealed to the government for help.

Macha Manjula, wife of Macha Ravi, a borewell mechanic, hails from Kushaiguda. She is  the mother of two children, Srujana, 16, and Sravan, 13. She was employed in tailoring at home till she was lured with a job in the Gulf with an attractive salary. She sold her gold jewellery and paid an agent and travelled to Saudi Arabia in June 2016 on a work visa valid for one year. But after a few days, her employer started harassing her for more work and kept her without food and basic amenities.

In June 2017, when the visa period was nearing completion, she expressed her wish to return home, but the employer did not agree and threatened to file a theft case against her. However, she demanded that she be sent back home. Angered over this, the employer doubled the torture. She told her husband that the employer had branded her with an iron rod. They also snatched her phone.

“After this she used to call from a servant’s mobile, but the employer found this out and snatched that mobile too and she is not able to communicate with us now,” said Ravi.

In her last call to her family, she described how she was tortured by her employer and the ill treatment and the physical abuse she was being inflicted with.

“We don’t know how to contact  her. If she does not return home, suicide will be the only option left for me and my kids. I appeal to the Telangana government to help my wife to come back home safely,” added Ravi.