According to reports, Ganesh Salima of Tangarapalli in Sundergarh district was on a pilgrimage to Vaishno Devi on March 27 with his wife Manju. 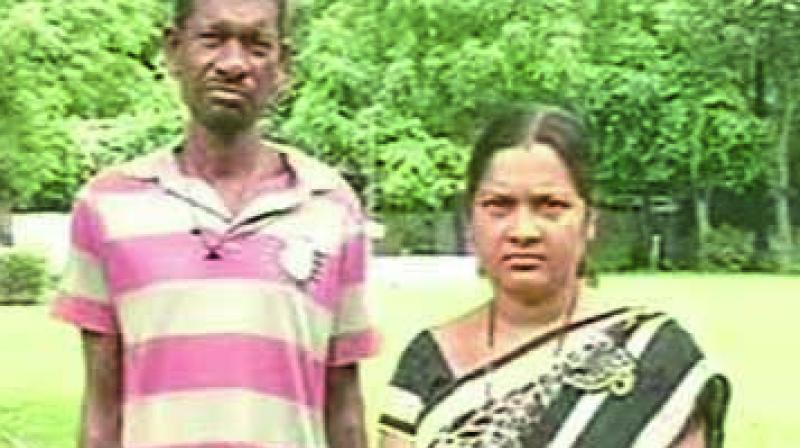 Ganesh with his wife

Bhubaneswar: A woman’s perseverance has paid off in the end, and she has got back her abducted husband.

The man, hailing from Odisha’s Sundergarh, was abducted from Old Delhi Railway station area three months ago and rescued from Kurukshetra in Haryana on Tuesday, the Delhi police said on Wednesday.

According to reports, Ganesh Salima of Tangarapalli in Sundergarh district was on a pilgrimage to Vaishno Devi on March 27 with his wife Manju. While returning home, some miscreants kidnapped him from Old Delhi Railway Station and later engaged him in farm lands as bonded labourer at a place in Haryana, Ganesh told reporters.

With the help of a fellow labourer, he managed to make a call to his wife and narrated the suffering. Later, his wife Manju provided the call details to police.

“I was not given proper food and forced to work every day in land without wage. I was not even allowed to go outside and interact with anybody. Phone call was also restricted for me. A fellow labourer helped me speak to my wife when I narrated the ordeal to her,” he added.

His wife had registered a case of abduction at Old Delhi police station. However, police did not take the matter seriously, Manju alleged. Later, she met Sundergarh MP and Union tribal affairs minister Jual Oram seeking his intervention.

“Initially, they (police) paid no heed to my case. After the minister’s intervention, they made efforts to trace my husband,” Manju said.