Fed up of ambulance woes, Bengaluru residents now rent their own 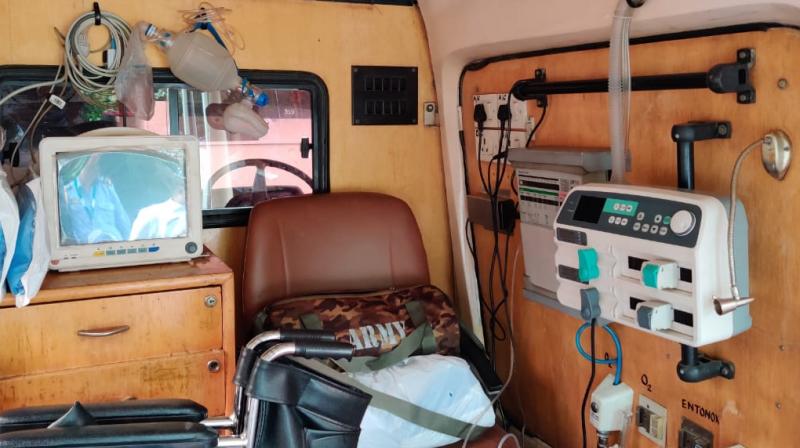 The procedure for availing the ambulance service has been explained in an SOP (standard operating procudure) shared with the participating RWAs.

Bengaluru: Alarmed by stories in the media of ambulances not reaching on time and patients dying while waiting to get admitted in hospital, the residents of Kanakpura found their own solution. They've gone and rented an ambulance.

The ambulance will stand ready to serve the people of Kanakapura for six months. It will transport any sick person to hospital at a moment's notice. The cost to each of the 3700 families of Kanakapura works out to Rs 60 per month. 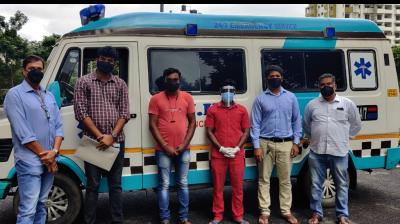 The people of Kanakapura have found the answer to all ambulance woes: At a cost of Rs 60 per family, they've rented an ambulance that is a mini-ICU

The ambulance is a mini ICU replete with ventilator, PPE kits, cardiac monitor, infusion pump and oxygen cylinder. Plus it comes with two nurses on standby, working three shifts.

The idea was the brainwave of a group of community samaritans who call themselves  Changemakers of Kanakapura Road. Its co-convener Aleem, said, "By coming together, the residents of Kanakapura Road have set an example to all of Bengaluru. It shows how the community can come together and bring in change even during a pandemic.”

In case of simultaneous emergencies, another ambulance will be summoned at short notice.

The ambulance will be parked bang in the middle of Kanakapura Road at the Sarakki Junction and Nice Road Junction so that it is equidistant to all residents welfare associations (RWAs) in the area. Its reponse time will be no more than 30 minutes. In case of simultaneous emergencies, another ambulance will be summoned at short notice.

The procedure for availing the ambulance service has been explained in an SOP (standard operating procudure) shared with the participating RWAs.