Investigations on to find the reason behind the boom sound 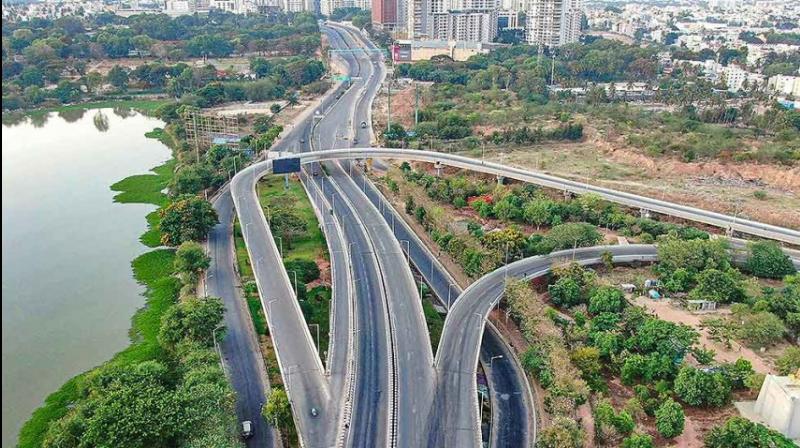 An aerial view of Hebbal flyover during the nationwide lockdown, imposed in wake of the coronavirus pandemic, in Bengaluru. (PTI)

Bengaluru: A loud boom heard at 1:30 pm Wednesday sent the residents of Bengaluru into a tizzy. Many took to social media to wonder about the reason behind the thundering noise that rattled the windows.

While police commissioner Bhaskar Rao stated that no damage has been reported, defence establishments are yet to come out with a clarification, leaving speculation rife about a supersonic flight doing the rounds of the city.

However, the Hindustan Aeronautics Limited has stated that the sound was not made from any of its flight as some netizens had pointed out that it could be a regular sortie made by a Mirage 2000.

The Karnataka State Natural Disaster Management Centre clarified, "The activity reported in Bengaluru is not due to an Earthquake. The Seismometers did not capture any Ground Vibration as generally happens during a mild Tremor. The activity is purely a loud unknown noise."

Earthquake activity will not be restricted to one area and will be widespread. We have checked our sensors and there is no earthquake activity recorded today," says Srinivas Reddy, Director of KSNDMC. The defence establishments are yet to respond on the matter.