8 workers die as their crane falls into tunnel

Five bodies have been recovered and efforts are on to recover the other three. 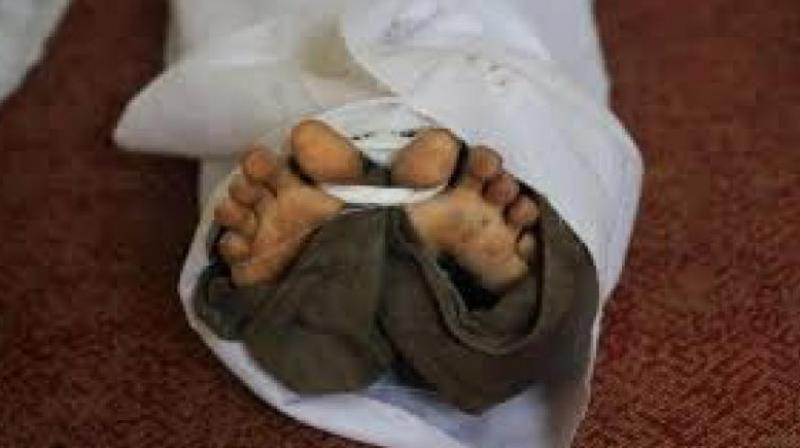 Pawar said the labourers are yet to be identified but that they are from Uttar Pradesh, Andhra Pradesh and Odisha. (Representational image)

Pune: Eight labourers working for the Bhima-Nira river connection project at Akole near Bhigwan died on Monday as the crane they were in fell into the tunnel being dug for the scheme.

G.N. Pawar, assistant police inspector, Bhigwan, Pune, said a tunnel is being built from Tavshi near Nira river till Dalaj near the Ujjani dam of Bhima river. “The land has been dug up to a depth of 100-150 ft for construction of the tunnel. Eight labourers who were working at this dig were coming up from the dig in a crane after they finished the day’s work at around 6.15 pm. But the rope of the crane snapped and the crane fell into the deep tunnel. All the eight labourers died on the spot due to multiple injuries,” he said.

Mr Pawar said the labourers are yet to be identified but that they are from Uttar Pradesh, Andhra Pradesh and Odisha. Five of the bodies have been recovered and efforts are on the recover the other three.

Mr Pawar said as a result of the accident, labourers who were working at the site and locals from nearby villages have gathered at the spot, complicating the work of rescue personnel.

“As per primary search, only eight labourers died but our search operation is on. First the bodies will be sent for post-mortem to Bhigwan or Indapur.  We will be able to get their names and other details later,” he said.