The train went to Banmor (Madhya Pradesh) from Mathura (UP) instead of going to Kota (Rajastan). 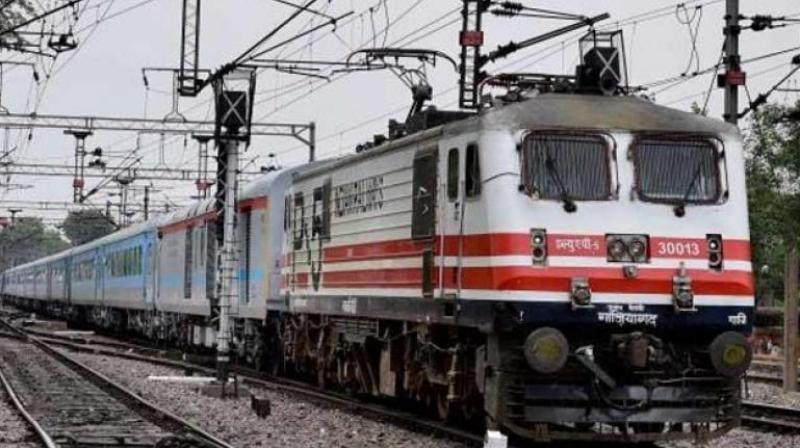 The train was later diverted towards Maharashtra via Central route. (Photo: PTI/Representational)

Pune: A special train organised for farmers from Maharashtra to participate in a farmers’ march in Delhi ran on the wrong route for 160 km while returning to Maharashtra from the national capital on Wednesday. The train was later diverted towards Maharashtra via Central route. The train went to Banmor (Madhya Pradesh) from Mathura (UP) instead of going to Kota (Rajastan). However, railway authorities said the train did not take a wrong route and that they had diverted it from Western to Central line due to traffic problem.

The special train, called Swabhimani Express from Kolhapur to Delhi was organised for farmers who wanted to participate in the two-day Kisan Mukti Sansad that was held on November 20 and 21 in Delhi. More than 1,472 farmers from Maharashtra traveled to Delhi for the march, for which the Railways had organised the special train.

The train left Delhi’s Safdarjung railway station at 10 pm on November 21 and halted at Banmor station between 3.30 am and 7 am of November 22. When passengers spoke to the stationmaster at Banmor, he informed them the train had come to the wrong station and did not have instructions as to where to send the train.

Yogendra Pande, spokesperson, Swabhimani Shetkari Sanghtana (SSS), said, “Farmers became angry due to this incident and they started to raise slogans at the Banmor railway station.” He said they expected the train to reach Kolhapur, the last station, only on Thursday.

Meanwhile, SSS member Manik Kadam alleged, “The train took Maharashtra, Gujarat, Rajasthan route while going to Delhi. As per the chart given to us, the train should have taken Rajasthan, Gujarat route while returning to Maharashtra from Delhi. We raised slogans against Narendra Modi when the train was in Gujarat. Hence to stop us from raising slogans against Modi in Gujarat, the train was diverted to Banmor from Mathura instead of taking it to Gujarat,” Mr Kadam said.