The court posted the matter for the next date after an adjournment was sought by the counsel for the accused. 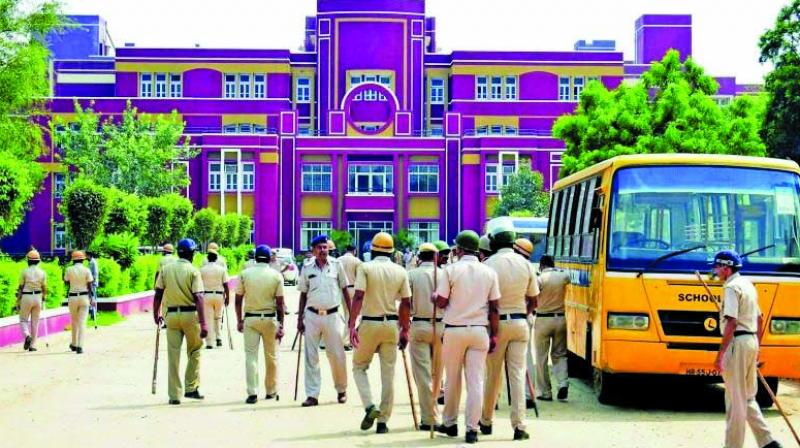 A seven-year-old was allegedly sexually assaulted and murdered at Ryan International school in Gurugram.

Gurgaon: The CBI on Friday opposed in a Gurgaon court the bail plea of the 16-year-old student, accused of killing a seven-year-old boy, at the Ryan International School here.

Additional sessions judge Jasbir Singh Kundu fixed the matter on January 6 for arguments on the appeal filed by the accused against an order of the Juvenile Justice Board (JJB) denying him bail.

The investigating agency opposed the appeal in a written submission before the court. The court posted the matter for the next date after an adjournment was sought by the counsel for the accused.

On December 20, the JJB had held that the 16-year-old boy would be tried as an adult and directed that he be produced before the Gurgaon sessions court on Friday.

The Juvenile Justice (Care and Protection of Children) Act, 2015 lowers the age of juveniles from 18 years to 16 years for heinous crimes such as rape, murder and dacoity-cum- murder, which warrant at least seven years of imprisonment.

However, the JJB first decides whether the crime committed has been “child-like” or was it committed in an “adult frame of mind”, following which the JJB orders the accused to be tried as juvenile or adult.

The JJB had passed the order on a plea that the accused teenager should not be treated as a juvenile. If convicted, he will stay in a correctional home till he is 21-years-old after which the court can shift him to a jail or grant him bail, it had said.

The board had earlier rejected the bail plea of the Class 11 Ryan International School student, charged with killing Pradhuman Thakur, a Class 2 student of the same school, in the school premises on September 8.