I have been seeing these posts since December 8, but I need to see if there are earlier ones as well. 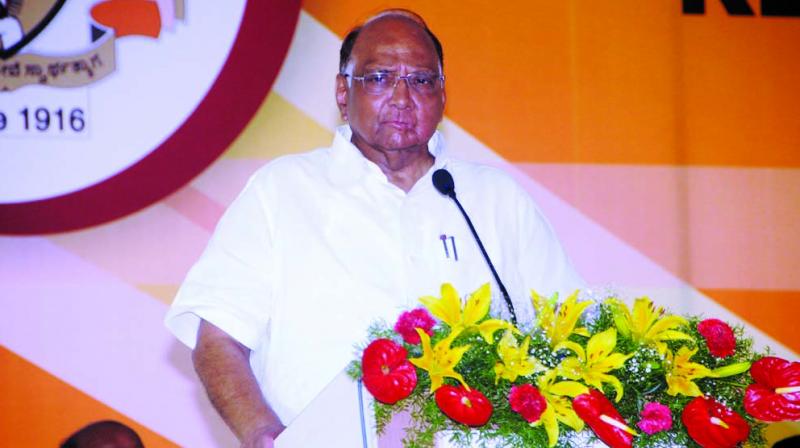 Pune: The Nationalist Congress Party’s (NCP) youth wing has lodged an FIR against the administrator of Facebook page titled ‘Devendra Fadnavis for Maharashtra’ over its ‘malicious posts’ against the party. The page allegedly posted morphed images of NCP leaders Sharad Pawar, Ajit Pawar and Supriya Sule along with ‘obscene’ posts.

The complainant Manali Bhilare, chief of the NCP youth wing, Pune — who is also in charge of social media wing — said, “The Facebook page with over 1.4 lakh followers has abusive posts against NCP chief Sharad Pawar, Ajit Pawar and Supriya Sule. I have been seeing these posts since December 8, but I need to see if there are earlier ones as well. The posts have morphed images of Sharad Pawar telling Ms Sule, ‘I forgot to get this plot’. (ya plotvar dalla marayacha rahun gela) and the post says ‘Rashtravadi Dalla Party (robbers’ party)’.

Another post shows Ajit Pawar and Mr Tatkare behind bars with a caption reading that an FIR had been lodged against both of them with regard to the irrigation scam. It also mocks Ms Sule’s campaign to detect potholes and posts related to the topic say these potholes are from time the NCP-Congress rule, we are corrupt (amhi brashtawadi).”

Mr Bhilare said, “After coming across such malicious posts about our senior leaders, we approached the Khadak police station in Pune, but the police filed only written complaints instead of an FIR. Only after we met the commissioner of police on Friday did the Khadak police lodge the FIR against administrators of the page.”

The case has been filed under Section 500 of the Indian Penal Code (IPC) for defamation and 509 for words or gestures intended to insult women and relevant sections of Information Technology Act.”

Sanjay Gaikwad, police sub-inspector, Khadak police station, said, “We have lodged the FIR against unknown persons along with the cyber crime cell. We have begun to search for the culprits and they will be arrested soon.”