Metros   In Other Cities  27 Mar 2017  Wrap-up: Clampdown on Romeos, slaughterhouses in UP
India, All India

Wrap-up: Clampdown on Romeos, slaughterhouses in UP

Among the several decisions taken by him is the banning of mechanised slaughterhouses which has drawn severe flak. 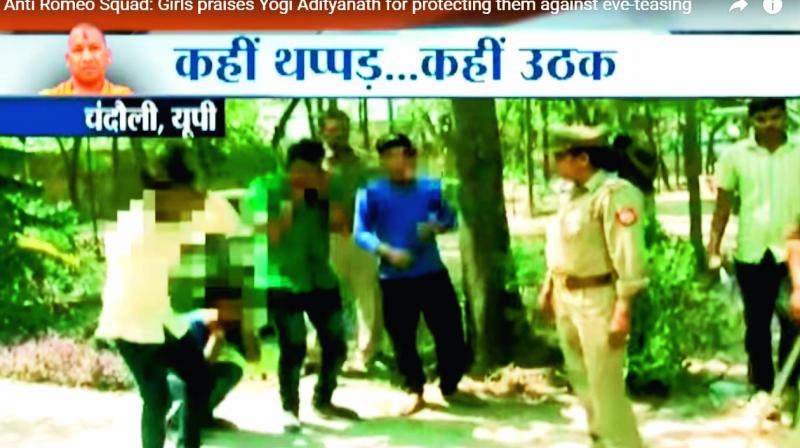 Police have formed anti-Romeo squads in every police station in the wake of the orders of new Chief Minister.

After the formation of the government in Uttar Pradesh, Yogi Adityanath has got down to work rather quickly. Among the several decisions taken by him is the banning of mechanised slaughterhouses which has drawn severe flak.

The government’s decision to ban mechanised slaughterhouses in Uttar Pradesh is at odds with the policy of the Centre, which has granted “industry status” to abattoirs, meat exporters feel as they consider taking recourse to legal means.

A senior functionary of the All India Meat and Livestock Exporters Association said that Uttar Pradesh accounts for nearly 50 per cent of India’s total meat exports and such a decision would affect the livelihood 25 lakh people directly or indirectly.

The Association “supports banning illegal abattoirs” but opposes the move to shut down all the mechanised ones, he said.

In the past three months the industry has suffered huge losses due to demonetisation and the closure of mechanised slaughter houses will add to the woes, he added.

As per estimates, the country exports meat products worth Rs 26,685 crore annually and with the closure of slaughter houses in UP it will come down to half, the association functionary lamented.

In its pre-poll manifesto, the BJP had said that if voted to power, it would shut all the illegal slaughterhouses and impose a blanket ban on mechanised abattoirs. And immediately after assuming office, Adityanath government has gone for after illegal and mechanised abattoirs with full gusto.

Meanwhile, the district police has formed anti-Romeo squads in every police station in the wake of the orders of new Chief Minister Adityanath Yogi, fulfilling another pre-poll promise of the BJP to check eve-teasing.

Special squads comprising cops from local police stations kept a vigil at markets, malls, schools, colleges, coaching centres, parks and other crowded places to see if women were being harassed.