College authorities did not comment on the involvement of the Yuva Sena and the Sambhaji Brigade. 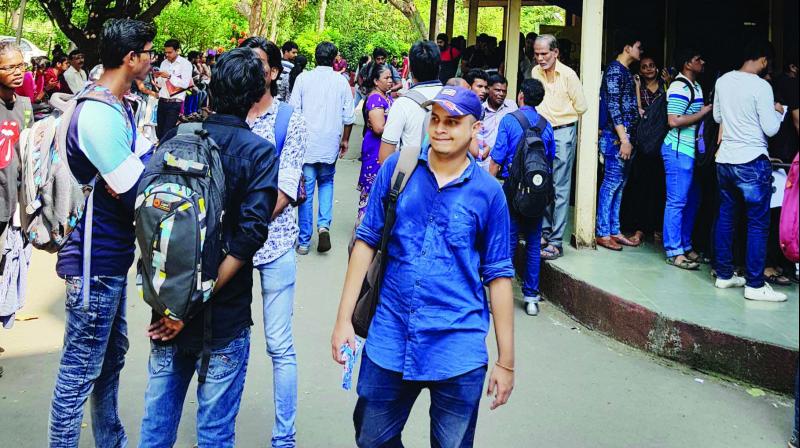 The Constitution Day or Samvidhan Divas, also known as the National Law day, is celebrated on November 26. (Photo: Representational image)

Pune: The authorities of the Aabasaheb Garware College of Pune are believed to have allegedly warned its students that they could be rusticated if they don’t come up with a valid reason for why they organised a programme on Constitution Day on Monday without taking the college’s permission. However, the college claimed they had merely asked the students why they did not wait, as the college was about to hold the programme as well.

The Constitution Day or Samvidhan Divas, also known as the National Law day, is celebrated on November 26 and commemorates the adoption of the Indian constitution in 1949 by the constituent assembly of India, and it came into effect on 26 January 1950.

Sagar Aalkunte, a member of the programme’s organising committee and a third year BA student, said, “Yesterday, we held a programme on the Constitution Day by reading principles in the constitution and taking an oath to follow the constitutional principles. More than 40 students from Class 11 to MA participated in the programme. But later in the afternoon, the principal called us and asked us to why should not get rusticated as we had organised the programme without permission from the college.”

However, the principal, Dr Muktaja Matkari said, “The college was about to start the programme for this at 11.30 am Monday... There was no question of not giving permission as we hold this programme every year. We just asked students and did not threaten them with rustication.”

However, college authorities did not comment on the involvement of the Yuva Sena and the Sambhaji Brigade.