He also announced withdrawal of cases filed against 36 students, 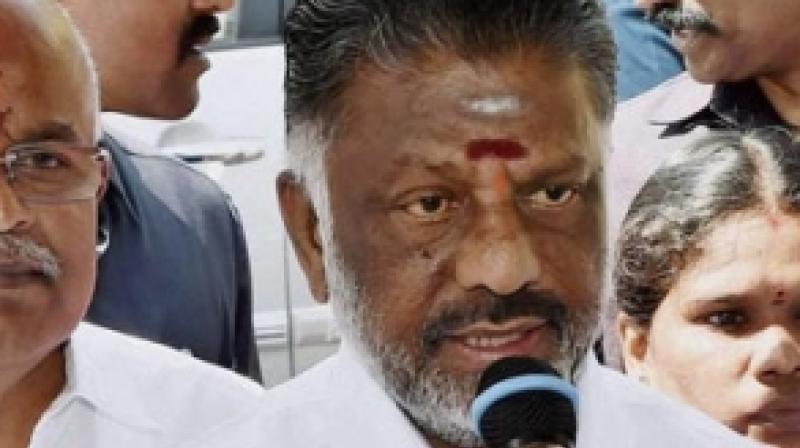 Chennai: Bowing to demands from opposition parties and others, Tamil Nadu government on Tuesday announced a Commission of Inquiry to go into the circumstances leading to the violence during the recent pro-Jallikattu stir at the Marina and elsewhere and the alleged police excesses.

In a suo motu statement in the Assembly, Chief Minister O Panneerselvam said the commission would be headed by a retired high court judge and complete the probe in three months.

He also announced withdrawal of cases against students, who had spearheaded the week-long protests earlier this month at Marina Beach here and elsewhere across the state, demanding lifting of the ban on the bull taming sport.

The protest had turned violent on January 23 when police dispersed the agitators, two days after the state promulgated and ordinance for allowing the sport.

"In continuation of protests seeking nod for bull taming sport Jallikattu, law and order problems happened in Chennai, Madurai and Coimbatore on Jan 23 and other areas and a Commission of Inquiry will be set up to enquire into the reasons and circumstances for it," Panneerselvam said.

Spelling out the terms of reference, he said the Commission will probe if the police had used appropriate force over the protesters, and if it was proportionate to the circumstances, and the damage to public and private properties.

"It will enquire if there had been excesses in police action and if it had been so, the Commission will advise on the action to be taken," he said adding recommendations will also be made to avert such situations in the future.

The Commission will conclude its inquiry in three months and submit its report to the government.

Noting that the police cyber crime wing was looking into alleged involvement of some police personnel in illegal activities like torching incidents, he said, "At the conclusion of such probe, if the was confirmed that such police personnel indulged in such activities, stern action will be taken."

He also announced withdrawal of cases filed against 36 students, "considering their future".

"Legal steps will be taken immediately to fully ease out students from the cases," he added.

Opposition parties, including the DMK, have slammed the police for lathicharging the protesters and also sought a probe into alleged police excesses.

The matter has also been taken to the Madras High Court where PILs have been filed seeking a probe, with the former issuing notice to the government for its reply.

Panneerselvam said work on setting up a temporary fish market at Nadukuppam here, hit by the violence, will be completed in one or two days.