Chowdhury has been absconding since her name came to light in the racket. 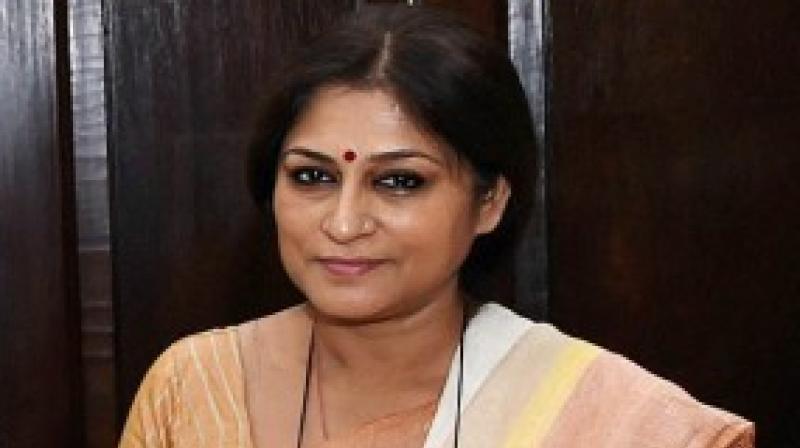 Kolkata: Dropping a bombshell, Chandana Chakraborty, who was arrested in the baby trafficking racket in North Bengal, on Tuesday alleged BJP Rajya Sabha MP Roopa Ganguly and senior BJP leader Kailash Vijayvargiya of their links in the racket.

She claimed that state BJP women leader Juhi Chowdhury spoke to Ms Ganguly and Mr Vijayvargiya apparently to lobby for the renewal of licence of Ashroy, the rehabilitation centre ran by her. Ms Chowdhury has been absconding since her name came to light in the racket.

Ms Chakraborty alleged, “We went to Ms Chowdhury to seek her help for a specialised adoption agency since CARA is involved in it. She assured us that she would solve our problems. Since she has been associated with the centre, she has done all the wrong things, if any.”

“Why have I been made the culprit in this case? You better ask Ms Chowdhury. I am being made a scapegoat. I am not guilty. Ms Chowdhury spoke to Ms Ganguly and Mr Vijayvargiya. I did not speak to any of them because I was sitting in an adjacent room to the one where they were talking,” she said.

Ms Chakraborty added, “I am innocent. I have no role in it. I have been brought here and I will definitely cooperate in the investigation. Ms Chowdhury must have told them something. There were some terms and conditions as I am a retired teacher.”

Mr Vijayvargiya, however, brushed aside the allegations. He said, “As far as I can recall I might have met Ms Chowdhury once. But I do not know Ms Chakraborty. All these things are happening in Bengal at the behest of the Trinamul Congress which is trying to prove its political vendetta only.”