9 needles inserted into 14-yr-old girl’s throat by ‘tantrik’ as ritual; removed in Kolkata

The needles were stuck inside the throat of Aparupa Biswas, apparently by a tantrik and it took three hours for doctors to get those out. 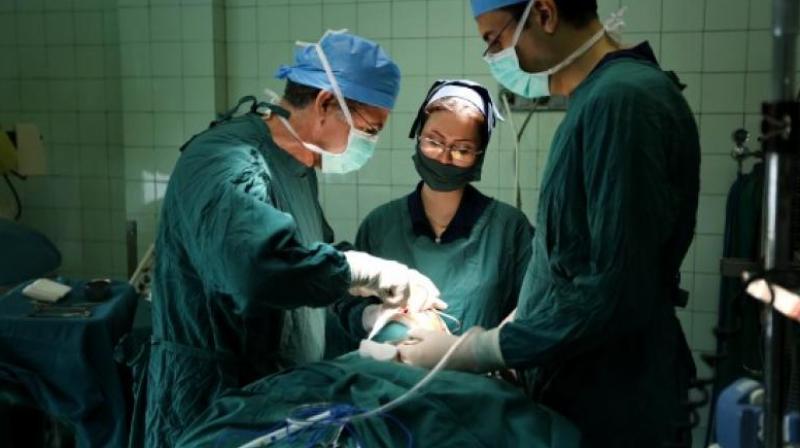 The girl is out of danger but will be kept under observation, the doctor said adding that the psychological consultations will be taken for the girl. (Photo: File | Representational)

Kolkata: Doctors at state-run hospital in Kolkata on Tuesday removed nine needles inserted into the throat of a 14-year-old girl, a senior official of the medical establishment said.

The needles were stuck inside the throat of Aparupa Biswas, a resident of Krishnanagar of Nadia district, apparently by a tantrik and it took around three hours for a team of doctors to get those out.

Initially the doctors were of the opinion that the girl had swallowed the needles.

"But it was later found out that the needles were actually inserted inside her throat from outside as a part of some kind of tantrik ritual," a senior doctor of the NRS Hospital, where she was treated, said.

The family members did not want to disclose the cause of the needles getting inside the girl's throat, he said.

Questioning the girl, doctors have come to know that she was an adopted child to the couple who had lost their son around three years ago, the doctor added.

"After their son's death, there was a change in the girl's behaviour. After that the couple started consulting a tantrik," he said.

The girl is out of danger but will be kept under observation, the doctor said adding that the psychological consultations will be taken for the girl.