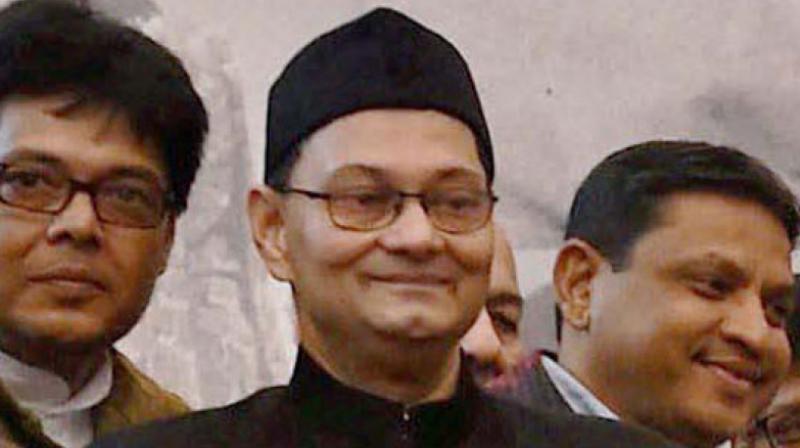 Kolkata: A war of words had erupted on Twitter between Netaji’s grandnephew Chandra Kumar Bose and Tripura governor Tathagata Roy on whether the goat, too, should be considered as “mothers” by the Hindus.

Mr Bose, the vice president of BJP’s West Bengal unit, cited Mahatma Gandhi and his food habits on July 25 to put across his point that Hindus should stop eating goat meat.

In response, Tathagata Roy said neither Gandhiji nor Netaji revered goats as mothers. “Neither Gandhiji nor your grandfather ever said goats were Mata — that’s your conclusion. Nor did Gandhiji (or anyone else) ever proclaim that he was the protector of Hindus. We Hindus regard the cow as our mother, not the goat. Please don’t peddle such rot,” Mr Roy said in a tweet the day after.

Mr Bose, while explaining his tweet, further said that he used Gandhiji’s reference as a metaphor.

“One must realise the subtlety and metaphorical meaning of my tweet. My message to the political fraternity don’t mix up religion with politics. We must protect animals but not at the cost of humans (sic),” he said.

In another tweet in this context, the Bengal BJP vice president on Monday drew parallels between beef and goat meat.

“It’s time to put things in the right perspective! Stop telling people what they should eat. If you don’t allow people to eat beef-stop eating goat’s meat. Don’t mix-up religion with politics. Politics has nothing to do with any religion,” he tweeted on Monday.

Talking to PTI on Tuesday, Mr Bose explained why he considered goat a sacred animal.

“I tried to use it as a reference. In many parts of the country, goats were sacrificed during worship of Goddess Kali. If the goat is not a sacred animal then why was it used during worship of Kali? By that logic we should not consume goat,” he added.