'Army deployed at WB toll plazas, my govt not consulted'

'I don't know what has actually happened. Even if there is mock-trial, state government is informed,' she said. 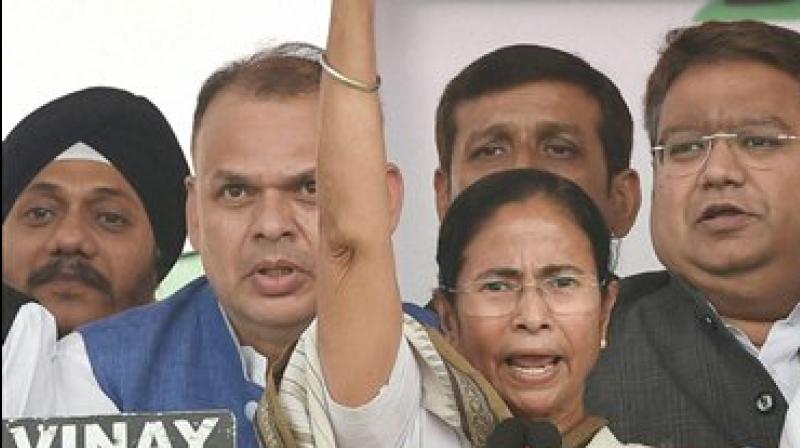 Kolkata: Chief Minister Mamata Banerjee on Thursday alleged the Army was deployed at two toll plazas at Palsit and Dankuni on NH 2 in West Bengal without informing the state government and described it as "unprecedented and a serious matter."

"Army has been deployed at two toll plazas without informing the state government. This is a very serious situation worse than Emergency," she told reporters at the state secretariat.

"It is an attack on the federal structure. We want to know the details. The Chief Secretary is writing to the Centre. Given an opportunity I will talk to the President on the issue. Has Emergency been imposed in the country without declaration?" she wanted to know.

The Chief Minister said, "Army is our asset. We are proud of them. We requisition Army in times of major disaster or communal flare up.

"I don't know what has actually happened. Even if there is mock-trial, state government is informed", she said.

Banerjee claimed that the people got panicky due to the deployment of Army at toll plazas.

When contacted, A Defence spokesperson said that the army conducts bi-annual exercise throughout the country with the aim of getting statistical data about the load carriers that could be made available to the army in case of a contingency.

"There is nothing alarming about this and it is carried out as per government orders", Wing Commander S S Birdi said.

The exercise gives an estimate about the number of vehicles passing through a certain area that could be tapped during operations, he said.