One of the boys, Sajid Seikh (12), lost his life while playing after he was struck by lightning. 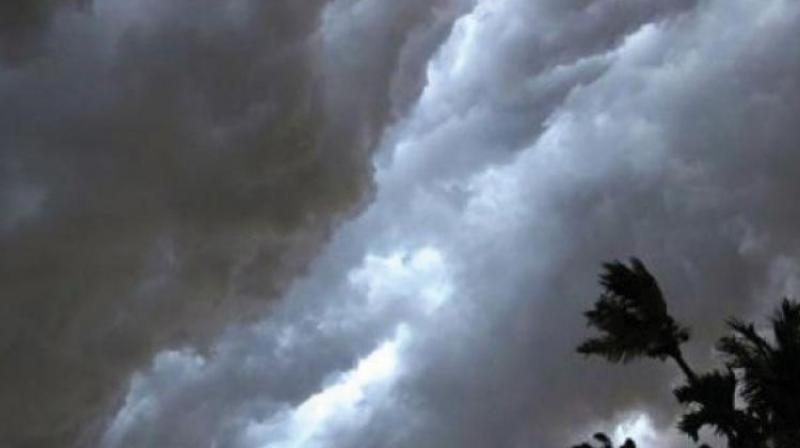 At around 11 am a group of boys was playing football at a Guru Peer Baba Astana ground at Bharatpur village.

Berhmapore: Four villagers including a minor were killed while 10 others were injured in Murshidabad during a powerful Nor’wester on Wednesday. Several mud houses were destroyed and trees were uprooted at many places.

At around 11 am a group of boys was playing football at a Guru Peer Baba Astana ground at Bharatpur village. Suddenly the thunder-storm hit the district. One of the boys, Sajid Seikh (12), lost his life while playing after he was struck by lightning.

He was a class V student of Bhatapur Aliya High School.

Three others also suffered burnt injuries due to the lightning. Two of them: Roni Sheikh and Shaid Sheikh were admitted at the Kandi Sub Division Hospital.

Another injured student was released from Bharatpur Block Hospital after first-aid. At Khargram a man: Oliul Sheikh and a teenaged boy: Rafiur Rahaman were struck by lightning when they were busy in ploughing the paddy field at Shahpur village.

Oliul was 42 while Rafiur was 19. Another death was reported at Sagardighi. The victim was Selim Seikh (40). He was working beside a mud house at Dasturhaat village during the Nor’wester.

Suddenly the wall of the house fell on him after it got dislodged due to strong wind. Villagers took out him under the debris and sent him to Sagardighi Hospital where doctor declared him dead.

Among the injured was Lalmoni Mahara, a tribal woman. She  suffered severe burn injuries due to the thunder-strike.

The villagers rescued her and sent her to Khargram Block Hospital from where she was later transferred to Kandi Sub Division Hospital.