Calling upon other Opposition parties to support her party’s movement, she also refused to accept the massive mandate to the BJP through EVMs. 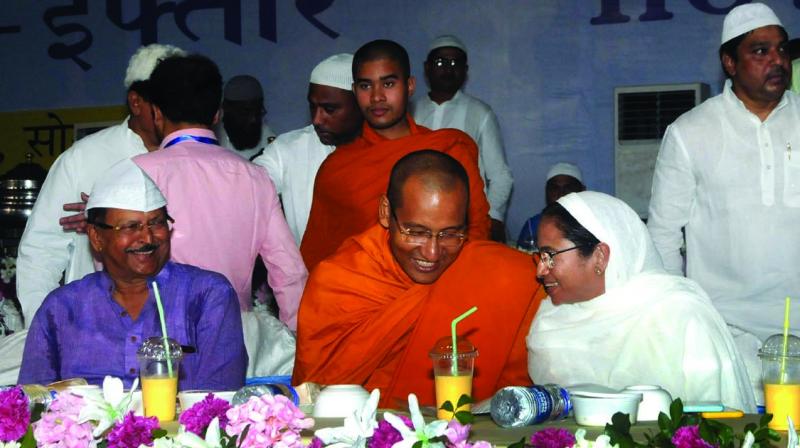 Kolkata: Expressing her lack of faith in the Electronic Voting Machines (EVMs), Trinamul Congress supremo Mamata Banerjee has announced a movement demanding the replacement of the EVMs with ballot papers in the wake of her party’s drubbing  in the Lok Sabha polls.

Calling upon other Opposition parties to support her party’s movement, she also refused to accept the massive mandate to the BJP through EVMs.

“21st July observation was born out of a movement by us. It was on ‘No ID card, No Vote’. Keeping 21st July in mind we will carry out a movement: Save Democracy, Bring Back Ballots across the country. We do not want EVMs but ballots. This movement will get underway from West Bengal,” the chief minister said at Nabanna, the state secretariat on Monday after chairing a meeting with her Cabinet ministers, party MLAs and MPs.

She argued, “We request all the Opposition parties to raise their voice in support of this movement. Countries like America had abandoned EVMs. You have already started seeing that so many mismatches are there. Of course, I suspect anomaly because only two per cent of the machines help in counting two per cent of the votes. But how do you prove that no programming is done in the rest 98 per cent?”

The Trinamul chief added, “We had filed a case at the Supreme Court but they rejected it. The 23 Opposition parties spoke about it. Many machines did not function during the polling day. New machines were brought. But mock poll of even two per cent was not conducted in them. They were just brought and inserted. What is the proof that these were not loaded?”

Belittling the BJP unprecedented success in Lok Sabha polls in the state, Ms Banerjee reasoned, “Indira Gandhi was assassinated in 1984. We, in the Congress then, had won 16 seats. But then no party office had to be captured or vandalised. Neither atrocities were unleashed nor anything was done forcefully. The people’s verdict was spontaneous. So all agreed to it. In 2009, there was an alliance between the Congress and Trinamul. The verdict was spontaneous. So such questions did not arise.”

Ms Banerjee claimed, “The BJP is jumping around because it is not spontaneous. They are hurrying up in capturing other’s party offices and distributing money. An attempt is on to transform Bengal’s culture into a Gujarati one.”

She alleged, “Now they have got 18 and not 26. That too at the mercy of the CPI(M). They were not supposed to get even two. So it is temporary. Despite having money power, muscle power, government power, communal power, scandalous power and media power majority could not be achieved. 23 seats were targeted perhaps setting a programming in the machine. But it did not happen. This has to be looked into in view of what is coming to surface."

Ms Banerjee claimed, "But the BJP is jumping around because it is not spontaneous. It lacks support from the people and democracy. They created an artifical mechanism which is why they fear if it ceases to exist tomorrow. So they are hurrying up in capturing others' party offices and distributing money. An attempt is underway to transform Bengal's culture into a Gujarati one."