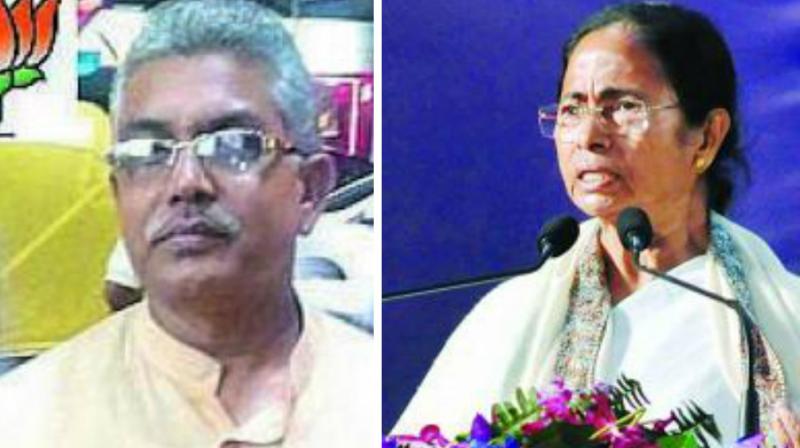 Kolkata: The BJP on Wednesday accused the West Bengal government of failing to control the “extortion racket” surrounding the admission process in colleges, and that the student leaders of the ruling Trinamul Congress are “involved” in it.

“The (state) government has completely failed to control the situation. It is completely unprecedented that students are being asked to pay money for getting admissions in colleges. Where will the students go who can’t afford money?” state BJP president Dilip Ghosh said.

He also mocked the surprise visit by chief minister Mamata Banerjee to Ashutosh College on Monday, and state education minister Partha Chatterjee to various other colleges in the city.

“What is the use of visiting colleges when the student leaders of TMC are involved in this racket? If they were not involved, then why did TMC students’ wing dissolve the students unit in five colleges of the city,” Mr Ghosh said.

He urged the state government to immediately take steps for ensuring free and fair admissions to colleges.

“The students and the youth have realised the danger our state is facing from this corrupt TMC government,” the state BJP chief said.

Ms Banerjee had on Tuesday said that fees for admissions to colleges will have to be deposited though banks from next year. The CM had also said that the merit list will be the only criteria for admissions.

Trinamul Congress Chh-atra Parishad state president Jaya Dutta has maintained that most of them who have been arrested in connection with the extortion are outsiders, and are neither regular students nor part of the students union.