Mr Tamang however asked Mr Ghosh to leave the Hills immediately and to not to create any unrest. 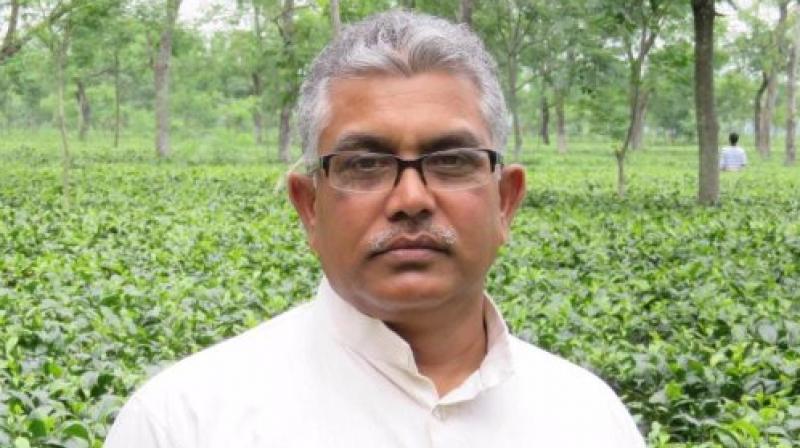 Kolkata: State BJP president Dilip Ghosh on Wednesday gave himself the credit of restoring peace in Darjeeling. He however faced strong protests by expelled Gorkha Janmukti Morcha (GJM) leader Binay Tamang’s followers and Jan Andolan Party for his comments and visit to the Hills.

Reaching Siliguri on Wednesday morning, Mr Ghosh claimed, “If we had visited Darjeeling during the unrest, tension would have mounted. I have a responsibility to discharge to meet the people of the Hills because they want me and since I took the initiative to make two sides agree to usher in peace.

He elaborated, “Our stand is clear. But Mr Tamang should make his stand clear first. He has no acceptance among the public. If Mr Tamang thinks he has a role to play just because he has been crowned with a post by the Mamata Banerjee government, he will be wrong. Betraying the people he has backstabbed the people of the Hills who are actually with us. He has sold himself to Ms Banerjee after getting an administrative post.”

Mr Tamang however asked Mr Ghosh to leave the Hills immediately and to not to create any unrest. Another expelled GJM leader Anit Thapa alleged, “What were they doing over three months when the Hills were burning? After the return of peace they now want to create trouble.”