Kolkata: Mamata writes to Swaraj on attacks on Indians in USA

Banerjee said the recent attacks have created panic among the family members of the Indians staying in the US for various reasons. 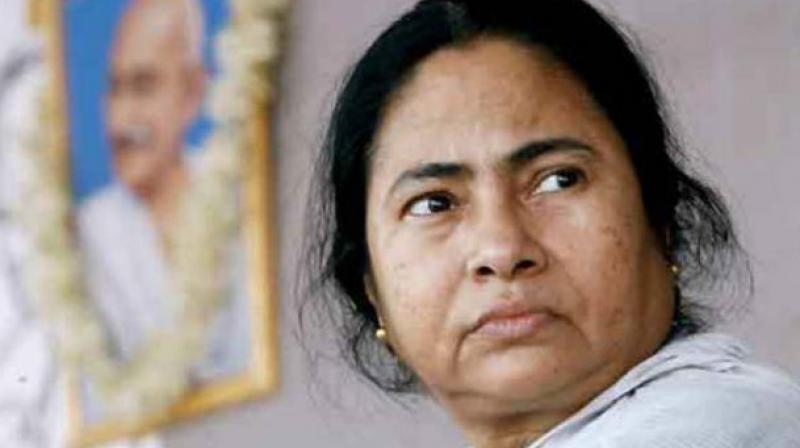 Kolkata: West Bengal Chief Minister Mamata Banerjee on Monday requested the Centre to take up the recent incidents of attacks on Indians in the United States at the highest level to ensure that such incidents are not repeated.

"Today I have addressed a letter to Sushma Swaraj ji, Union Minister of External Affairs, on the recent incidents of attacks and unfortunate deaths of young Indians in the United States," she said in a statement.

"It is indeed a matter of great concern and my heart goes out to share the sufferings that have come upon their family members," the Chief Minister said.

Banerjee said the recent attacks have created panic among the family members of the large number of Indians staying in the US for various reasons.

"Since the number of Indians studying, working, living in the US is very large, such incidents are causing a situation of panic amongst their family members living in India," a concerned Banerjee said.

"I have requested the Union Minister to kindly see that the matter is taken up at the highest level, so that these type of incidents do not recur and Indians living in the US feel safe, secure and worry-free," she added.

Indian engineer Srinivas Kuchibhotla (32) was killed in Kansas in February when 51-year-old US Navy veteran Adam Purinton opened fire at him and his friend Alok Madasani, yelling "get out of my country".

Harnish Patel, 43, the owner of a convenience store in Lancaster County, South Carolina, was found dead of gunshot wounds in the front yard of his home on Thursday. Police had said in Patel's killing his Indian ethnicity did not appear to be a factor.