Mr Ghosh, who is also BJP MLA of Kharagpur, was talking to the media after a meeting was held at the state BJP headquarters. 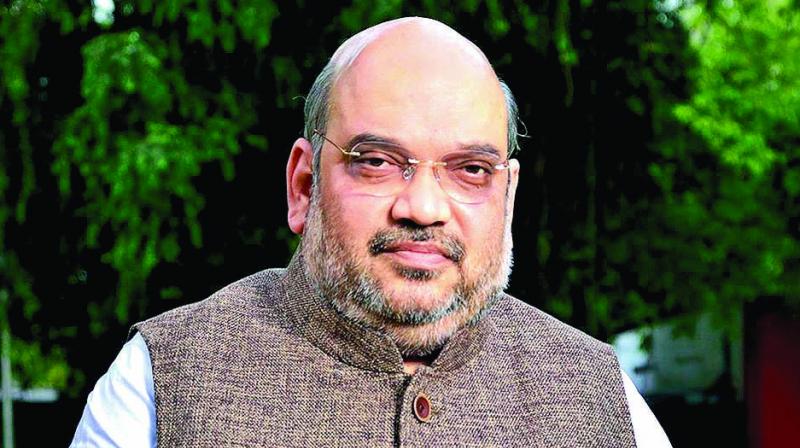 Kolkata: Concerned over the deaths of two party workers under mysterious circumstances at Balarampur in Purulia, BJP president Amit Shah will undertake a two-day tour in West Bengal later this month. The visit has also been planned keeping in mind the party’s performance in the recent panchayat elections in the state.

Mr Shah will reach Kolkata on June 27, and hold a meeting with the state party leadership to chalk out organisation’s strategy for the upcoming Lok Sabha elections next year.

Shah will also talk about the present law and order situation under the Mamata Banerjee government, according to sources. Next day, Mr Shah will visit Purulia where the two BJP workers were found hanging. On Tuesday, the BJP took out a protest rally in Purulia. The Jangalmahal district of West Bengal saw a massive rise in the BJP’s votebank among the members of the tribal community in the recent rural polls.

On May 30, morning Trilochon Mahato, a teenaged BJP youth wing worker, was found hanging from a tree at a forest in Supurdih village with threatening comments written on the back of his T-shirt. The police initiated a case on murder charge after the BJP moved to the National Human Rights Commission which sought a report from the Mamata Banerjee government. After three days Dulal Kumar (32), a member of the BJP’s OBC cell, was found hanging from a high tension electric tower at Dava village.

The police however described it as suicide. On Tuesday state BJP president Dilip Ghosh said, “It has been decided that our national president will visit the state on June 27 and 28. The details of his visit are yet to be finalised. He is coming to inquire the progress in the task he has given to us during his last visit to the state. A discussion is underway that he is likely to visit to Purulia in view of the atrocities there. We will inform the final schedule later.”

Mr Ghosh, who is also BJP MLA of Kharagpur, was talking to the media after a meeting was held at the state BJP headquarters. BJP national general secretary (organisation) Ramlal convened the meeting. Senior party leaders Kailash Vijayvargiya, Rahul Sinha, Mukul Roy were present alongwith Mr Ghosh. An analysis of the party’s performance in the rural polls was done at the meeting. State BJP will organise sit-in demonstration in front of the district magistrate’s office in 20 districts of the state in between June 17 and 22. Mr Ghosh, Mr Sinha and Mr Roy have been given the responsibility of supervising the programme.