Passenger held at Kolkata airport with 1,865 pieces of psychotropic drug

The passenger was travelling to Doha and was arrested on Tuesday for carrying 1,865 tablets of amphetamine. 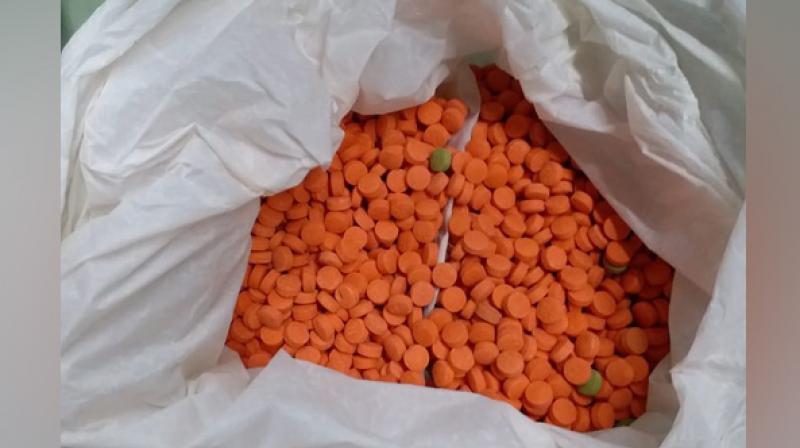 Kolkata: A passenger, resident of Uttar Panchpota, North 24 Parganas, travelling to Doha by Qatar flight no. QR- 541 was arrested on Tuesday at Netaji Subhas Chandra Bose International Airport in Kolkata, for carrying 1,865 tablets of amphetamine.

Amphetamine is a psychotropic substance under NDPS (Narcotic Drugs and Psychotropic Substances) Act, 1985.

The passenger was arrested under the provision of the act. Further investigation is underway.