The fire had broken out at the movie theatre in Deshapriya Park area of south Kolkata during a late-night show. 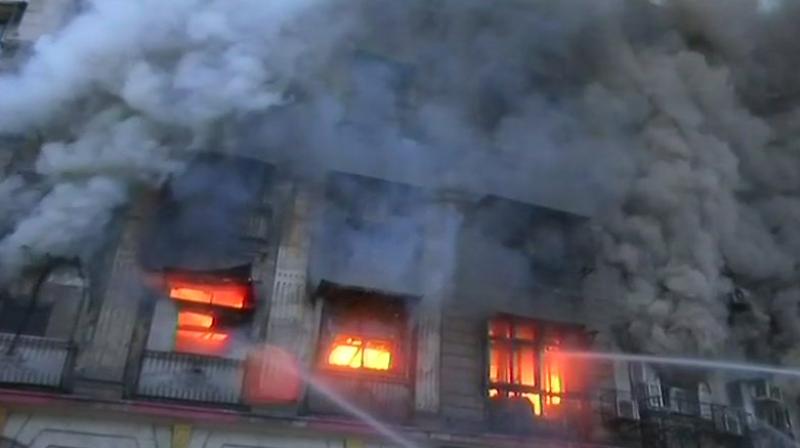 Cinemagoers had managed to exit after smoke filled the auditorium at around 10.15 pm in the middle of the show. (Photo: File | Representational)

Kolkata: Fire brigade officials on Monday asked the authorities of Priya Cinema to stop screening films till an investigation into the last night's fire was completed.

"We are conducting the investigation. The cinema hall has been asked not to screen films until the investigation is over. We will give the go-ahead after reviewing the situation," said Jagmohan, the director general of the fire brigade.

Jagmohan and forensic officials visited the spot on Monday morning and inspected the area. Official sources said forensic personnel have collected samples from the spot.

The owner of the hall, Arijit Dutta, said the film screening had been stopped for the time being. "We are trying to resume it as soon as possible... If possible, today itself. There is also no damage to the cinema hall in the fire," he told PTI.

The fire had broken out at the movie theatre in Deshapriya Park area of south Kolkata during a late-night show. There was no report of any casualty. Cinemagoers had managed to exit after smoke filled the auditorium at around 10.15 pm in the middle of the show. Four members of Dutta's family and a staff member were trapped on the roof, but were evacuated safely by fire brigade personnel.

West Bengal Fire Services Minister Sovan Chatterjee, who had reached the spot after the incident, said all angles, including the possibility of the fire originating from a ground-floor food outlet, would be investigated.

The fire was likely caused by a short circuit, sources said.