At the meeting he was made the convenor of the committee which will have two members from each district also. 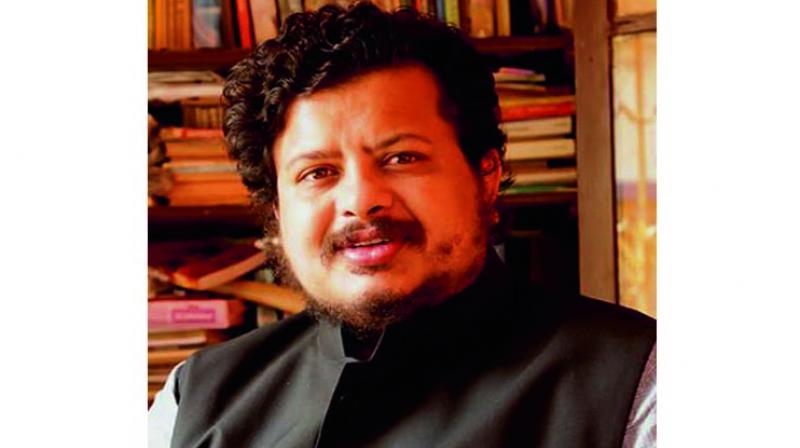 Kolkata: Nearly a year after his expulsion from the CPI(M), Rajya Sabha MP Ritabrata Banerjee has finally come into the Trinamul Congress’ fold after he was appointed as the head of the committee for the tribal communities’ welfare, which was set up by chief minister Mamata Banerjee.

With Mr Banerjee getting a plumb post in a government panel, it is now evident that his joining the ruling party is a matter of time only.

Speculation is rife that he may join the Trinamul officially on July 21 at Shaheed Dibas rally, a signature event organised by the party in the city every year.

On Friday Ms Banerjee, who praised the chief minister on a number of occasions following his expulsion from the CPI(M) in September last year for ‘anti-party activities’, attended an event: Police Community Development Programme at the auditorium of Nabanna, the state secretariat. This was also the first meeting after the panchayat elections in the state.

Sharing the dais with her and her cabinet ministers, Mr Banerjee was seen sitting on the far right next to Kolkata Mayor and fire and emergency services minister Sovan Chatterjee.

At the meeting he was made the convenor of the committee which will have two members from each district also. According to sources, Mr Banerjee has been tasked to coordinate with other members of the panel.

Over 100 people from the tribal communities of four districts: Jhargram, Purulia, West Midnapore and Bankura in the Jangalmahal attended the event. They shared their grivances with the chief minister.

Without referring to Mr Banerjee the chief minister later said in a post on Facebook, “Today I was present in an interactive programme with my brothers and sisters of tribal communities at Nabanna Sabhaghar.”

She added, “Under our community development initiative, it is indeed a pleasure to hear local development issues from these young men and women who have come from all over the state including the far flung areas. Our government is committed to ensure all round development of all communities. Significant work has already been done in this regard and we are taking it forward in the days ahead with greater thrust. My best wishes to all.”