The incident occurred at 7am between Dover’s Red Bank and Devpara tea gardens in Moraghat. 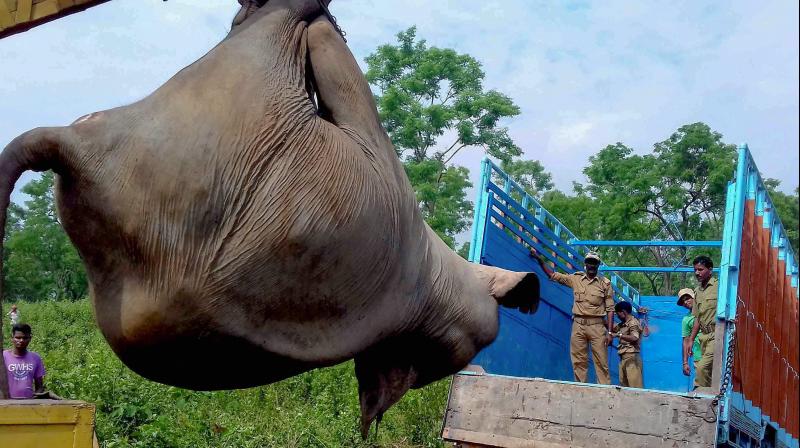 Forest department employees take away the carcass of an elephant, which died after being by a moving train, in Jalpaiguri on Friday. (Photo: PTI)

Jalpaiguri: Two elephants were killed on Friday after they were hit by a speeding train in Jalpaiguri district, forest officials said.

The incident occurred at 7am between Dover’s Red Bank and Devpara tea gardens in Moraghat, around 60 km from here, when the animals they were crossing a railway line between the tea gardens, the forest officials said. Four elephants had gone to the Diana tea garden from Diana jungle, a forest official said. “The animals were crossing a railway line on their way back to the jungle and the passenger train arrived at that time and hit two elephants as they were in the middle of the rail tracks, and the animals were killed on the spot,” the Wildlife Warden of Moraghat Forest Range, Seema Choudhury, said. Four elephants, including the two killed on Friday.