Warrants out for GJM’s attack on police during CM’s 1st Cabinet meet in Hills. 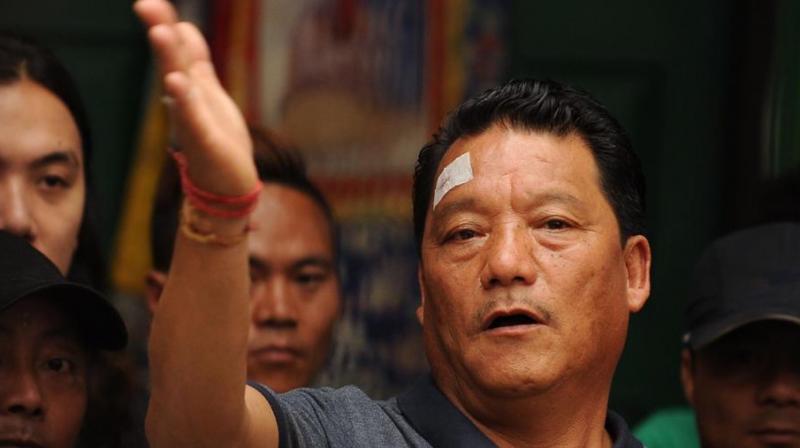 The CID recently issued a lookout notice against Mr Gurung and two other Gorkha Janmukti Morcha  leaders in connection with the violence in Darjeeling. Mr Gurung also faces charges of the Unlawful Activities (Prevention) Act for an IED blast at Darjeeling super market and grenade attack on a police station.

Apart from Mr Gurung, his wife and Mr Giri, those against whom the arrest warrants have been issued by the state detective agency are Gorkha Janmukti Morcha leaders: Prakash Gurung, Amrit Yonzon, Ashok Chettri, D.K. Pradhan and Tilak Roka.

Deputy inspector general of police (operation) of the CID Nishat Parvez informed that the arrest warrants were issued in connection with a case (115/17) which was initiated at the Darjeeling Sadar police station on June 9 this year following the GJM's violent attack from Bhanu Bhavan on the police personnel during chief minister Mamata Banerjee's first cabinet meeting in Darjeeling a day before.

While several police personnel were injured, many police cars and vehicles were also torched by angry Gorkha Janmukti Morcha  supporters allegedly on the instruction of Mr Gurung who was camping at Bhanu Bhavan.

The brazen attack prompted the state government to call for Army deployment in the hills. Since then an indefinite shutdown has been underway in the Hills for Gorkhaland demanded by the Gorkha Janmukti Morcha.