Ms Begum predicted of her victory. Mr Kabir, however, asserted that the people would her teach his rival a lesson for her defection. 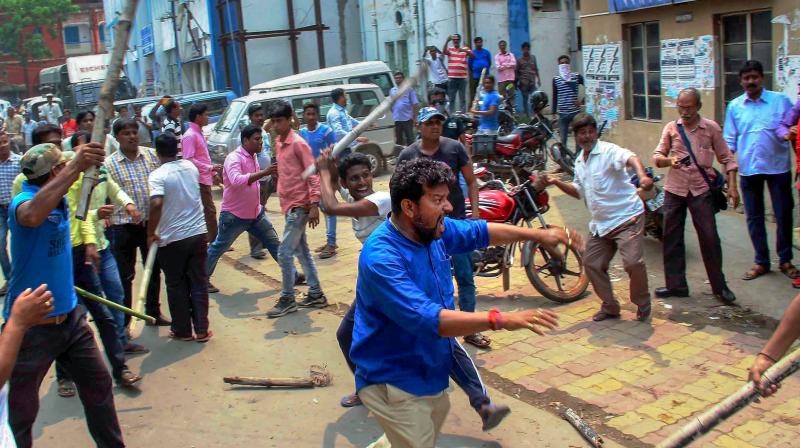 Berhampore: As the battle for the panchayat elections becomes turbulent, all eyes are set on a seat in the Murshidabad zila parishad. For, both the candidates earlier defected to the Trinamul. One of them later returned to his root. Now, both are contesting against each other.

She filed her nomination for seat no 58 in Beldanga block no 2 at the Berhampore sub-division office on Friday. Her rival candidate: Humayun Kabir of the Congress also filed his nomination for the same seat.

According to political observers, the particular seat is going to witness a tough fight between the two poltical defectors. Ms Begum was elected as a zilla parishad member in 2013 after winning as a Congress candidate. She, however, defected to the Trinamul later under the supervision of state transport minister Suvendu Adhikary. Her defection caused a massive erosion in the Congress and CPI(M).

Forty-three members of the Congress and CPI(M) followed her footsteps helping the Trinamul to take control of the Murshidabad Zila Parishad from the Congress.

On the other hand, Mr Kabir, considered as the son of the soil in Beldanga block no 2, is a follower of state Congress president and party MP of Behampore Adhir Choudhury. After his stint as as the opposition leader in the Murshidabad Zila Parishad Mr Kabir became a Congress MLA in 2011 before defecting to Trinamul and becoming a state minister overnight.

He however lost in the Assembly by-poll in 2013. Facing suspension from the Trinamul for verbally attacking singer Indranil Sen, now a Trinamul minister, after his defeat Mr Kabir made a comeback to the Congress.

Ms Begum predicted of her victory. Mr Kabir, however, asserted that the people would her teach his rival a lesson for her defection.