Organised by ‘Akhon Aranyak’, an organisation working on wildlife, the show began on Saturday and will continue till October 10. 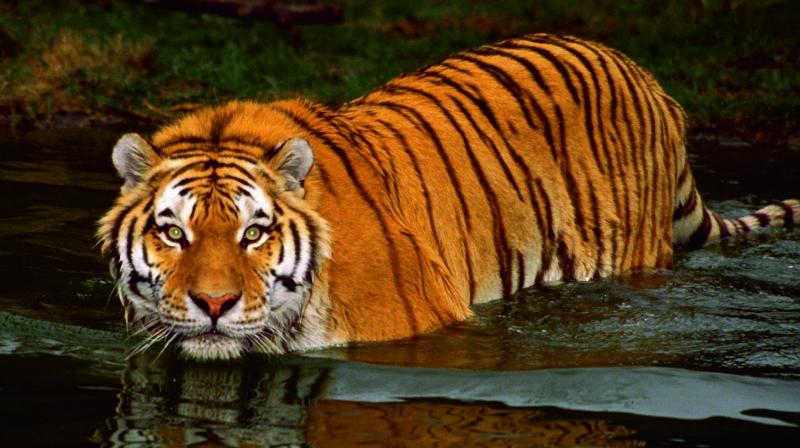 Kolkata: A wildlife photography exhibition is underway here to raise public awareness on protecting wildlife amid incidents of elephants and leopards straying into human settlements. Organised by ‘Akhon Aranyak’, an organisation working on wildlife, the show began on Saturday and will continue till October 10.

“We need to make people more conscious about the gradual shrinking of habitat of animals triggering a rise in man-animal conflict as they are straying into human localities. Such exhibitions by ‘Akhon Aranyak’ will sensitise the people of cities,” Wildlife Protection Society of India Honorary Director Lt Col (Retd) Shakti R. Banerjee said.

“People visiting such exhibitions will in turn launch public campaign in certain pockets of rural belt where incidents of animals straying into localities and elephant depredations are becoming more frequent now than in the past,” he said. Tanmoy Chowdhury, a member of ‘Akhon Aranyak’ said, “There are 57 photographs capturing wild animals and birds in different moments and situations and we think images can break language barriers and reach out to all sections of the people. Photography is the most effective medium to spread a message,” he said.

Actor and wildlife enthusiast Sabyasachi Chakraborty said, “such exhibitions will inspire people to do their bit in saving wildlife and protect the ecology.” The exhibition displays photos of blackbuck, changeable hawk eagle, sambar deer, spotted deer, peacock and peahen, Indian rhinoceros among others captured in their natural habitat.