It was Uday Shankar who had taken out Indian dance and music to the West, the legendary Bharatnatyam and Odissi danseuse said last evening. 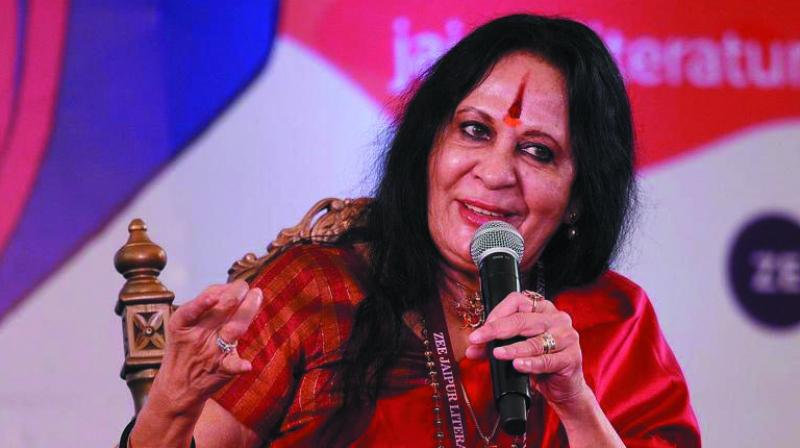 Kolkata: Classical dance exponent Sonal Mansingh has expressed displeasure that the present generation of Indians do not know much about dancing legends such as Uday Shankar and Balasaraswati.

Mansingh also wondered why classical dance and other art forms were not getting more space in the media which would have enabled the youth to be aware of the icons in classical music.

“But I am so sad the present day generation do not know much of Uday Shankar. Let us put pressure on Central and respective state governments in keeping the traditions of personalities like Uday Shankar and Balasaraswati alive, our culture alive,” she said at the Kolkata Literature Festival.

It was Uday Shankar who had taken out Indian dance and music to the West, the legendary Bharatnatyam and Odissi danseuse said last evening.

Mansingh recalled her initiation to classical dance through Manipuri dance form at the age of four learning Bharatnatyam at the age of seven and Odissi exponent Kelucharan Mohapatra later.

The 73-year-old Padma Bhushan and Sangeet Natak Akademi Awardee said, a real Guru would never project himself. Mansingh expressed happiness the way Bengalis love their language and keep it alive.

“This is one of the reasons for which I respect Bengal. Here from important personalities in different fields to the common man everyone speaks in his mother tongue Bengali. That explains your rootedness,” she said.  She was speaking on the topic ‘Dancing Your Way To The Mind’ on the second day of the literary meet moderated by Sujata Prasad who penned Sonal Mansingh: A Life Like No Other.