Swan Lake is a ballet having a 140-year old history and its central plot originates from Russian folk tales. 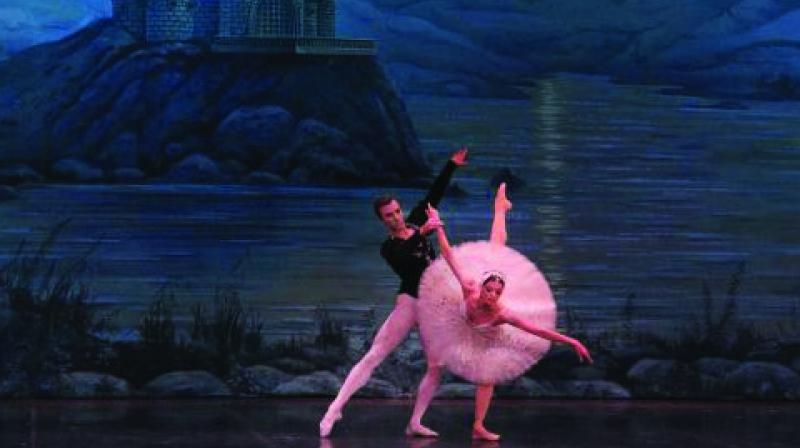 Swan Lake is a ballet having a 140-year old history and its central plot originates from Russian folk tales.

Kolkata: Forty-five artistes from the Royal Russian Ballet will stage the iconic ballet Swan Lake in the city from April 12 to April 14, after performing in other cities of the country.

The production of the current edition of Swan Lake, has been choreographed by Vladimir Troschenko and directed by Anatoly Kazatsky, both veteran ballet artistes.

Swan Lake is a ballet having a 140-year old history and its central plot originates from Russian folk tales. It is about Odette, a princess turned into a swan by an evil sorcerer’scurse and how she breaks the curse with the power of love.

Swan Lake is performed on the classical compositions written by Russian composer, Pyotr Ilyich Tchaikovsky. It was composed in 1875–76.

The ballet had previously held 36 shows in Mumbai, Delhi and Ahmedabad with the last phase of the tour being Kolkata. The show will be brought by Navrasa Duende, a leading production house and there will be four shows between April 12 and April 14.

Dinesh Singh from Navrasa Duende said, “We can clearly feel the buzz among audiences regarding the maiden performance of Swan Lake ballet in Kolkata. The response from the audiences across the country has been unprecedented, especially for a niche performing art like ballet.”