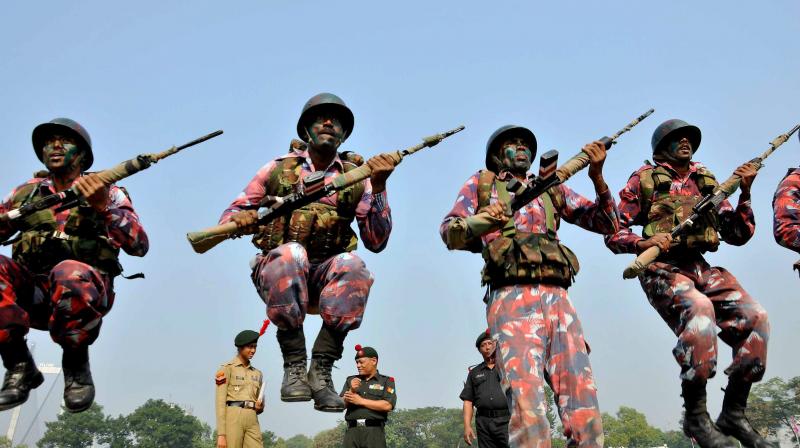 These whaler boats were accompanied by three hired safety boats with support staff embarked on them for operational and logistic support. (Photo: PTI)

Kolkata: The annual sailing expedition by the naval wing of the National Cadet Corps (NCC) was flagged in at the Man of War jetty in Kolkata on Tuesday morning.

Undertaken by 60 Naval NCC Cadets of West Bengal and Sikkim Directorate from Farakka to Kolkata in four DK Whaler boats, the expedition commenced on May 25 with five days sailing and pulling camp at NTPC, Farakka.

commanding officer, sailed in four boats after the expedition was flagged off on May 31.

These whaler boats were accompanied by three hired safety boats with support staff embarked on them for operational and logistic support.

The expedition team made enroute halts at Raghunathganj, Berhampur, Katwa, Nabadwip, Kalna, Dakhshineshwar before arriving at Kolkata jetty covering a total distance of around 430 kms.