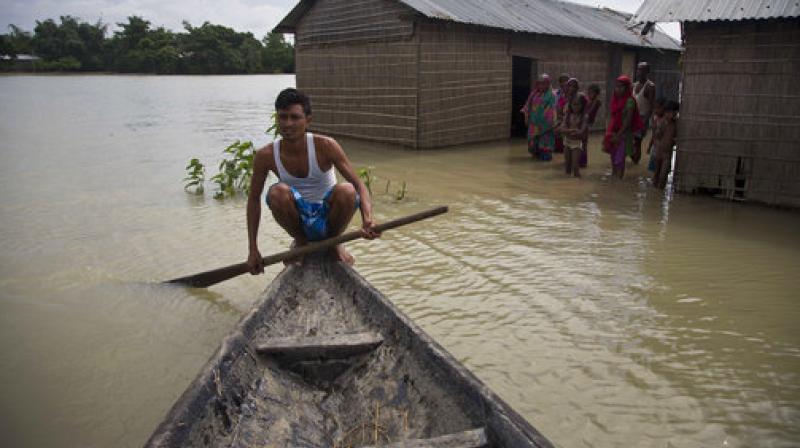 Cooch Behar, North Dinajpur, Alipurduar, Jalpaiguri and Darjeeling are the five districts, which have been affected by the flood.

Kolkata: The government on Saturday said it was tackling the flood in North Bengal on war footing, where it has impacted five districts and inundated about 100 tea gardens.

“We have already opened control rooms and I am personally involved in monitoring and management. The state is working on a war-footing to tackle the flood situation in the region, which is facing a heavy rainfall,” state irrigation minister Rajib Banerjee said.” Chief minister Mamata Banerjee is monitoring the situation. All steps are being taken, including sending of relief materials,” he said.

The government had opened 43 shelters in the affected districts and relief materials were being provided to those who were temporarily displaced from their houses, he added. About 100 tea gardens have reportedly been affected across North Bengal in the flood and it is apprehended that tea production in the region would be less.