Youth dies in bid to take cover during earthquake

Blood started oozing from his nose as he was found lying on the last step of the stair. 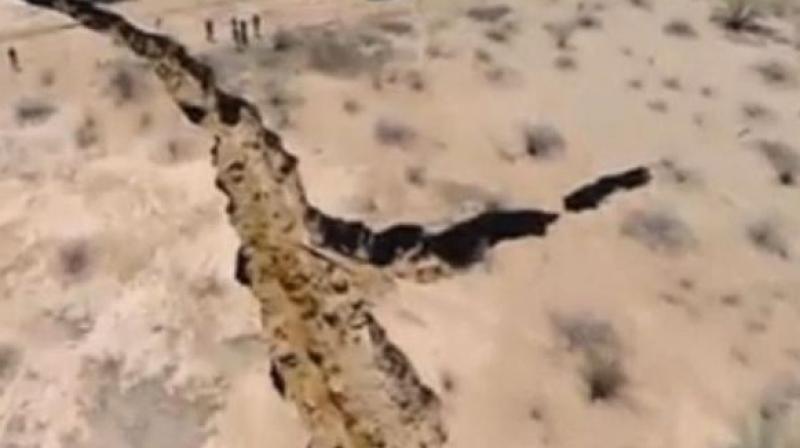 Kolkata: A youth died in Siliguri on Wednesday morning while trying to run for cover in fear during an earthquake. Samrat Das (22), the victim, was a resident of Santinagar in Binaypara. He was the final-year student of B.Ed College in Murshidabad. Samrat returned home from college recently on a vacation. After waking up, he was busy in taking care of his pet dog Happy when the earthquake occured.

When the tremor was felt in the hill town of North Bengal, he was at the first floor of his home with his pet. Panicked, the youth took the stairs to run down in a hurry with the pet in his lap but he fell down after losing balance. Samrat received fatal injuries. Blood started oozing from his nose as he was found lying on the last step of the stair.

His mother, Usha Das, who rushed to his rescue, said, “After falling down, my son became unconscious. To help him regain sense, I poured water on his head where he suffered the injuries. He, however, regained some sense but he was not able to talk. We rushed him to a nearby hospital where he was declared brought dead.” The body was sent for post-mortem.

The death has cast a spell of grief in the area. Samrat was brilliant in studies, according to local residents who said that he scored good marks while graduating with BA (Honours) in History.

After his graduation, he enrolled for B.Ed course to fulfill his dream of becoming a teacher. Samrat also loved to travel. During the Puja vacation this year, he had plans to visit Vizag with his friends, said Nihar Pal, a friend of Samrat.