GJM claimed 3 of its supporters were killed Manhunt launched for Gurung who tried to enter the Hills on Friday. 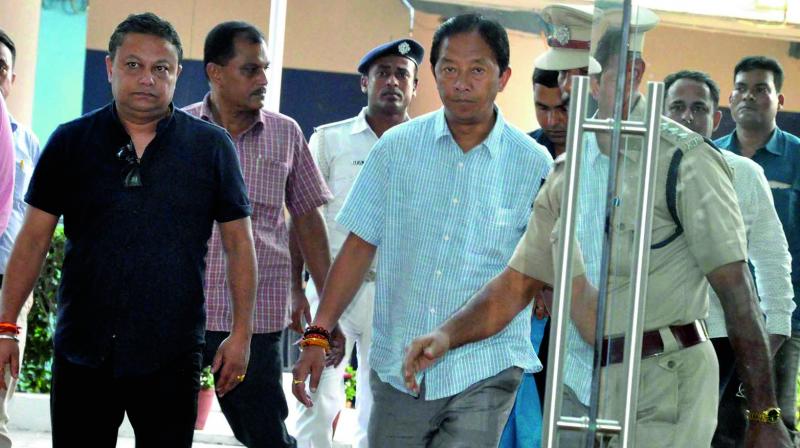 Kolkata: A police officer was killed while two other cops were injured during an encounter between the police and alleged armed followers of absconding Gorkha Janmukti Morcha (GJM) chief Bimal Gurung in Darjeeling on Friday morning as fresh violence erupted in the Hills.

A day after Mr Gurung declared that he would return to the Hills on October 30 in an audio message, a police team conducted  raid at Singla forest in Patlebas area, the GJM president’s residence, close to the West Bengal-Sikkim border at around 5 am following a tip-off.

The police had an input that the audio clip was originated from there.  During their search operation, they were greeted by indiscriminate firing in a guerrilla style attack by Mr Gurung’s armed followers from GJM’s youth wing hiding near Limbu bustee on the lap of the Hills. Amitabha Malik (27), a sub-inspector (SI) of the Darjeeling Sadar police station was killed during the fight.

Two other police officers were also injured in the gun-battle which continued for around an hour. Launching cover fire, Mr Gurung’s followers soon escorted him in crossing a nearby river, sources revealed. The injured cops were rushed to a hospital. Six AK-47 rifles, a nine-mm pistol, nearly 500 rounds of cartridges, explosives and bombs were recovered from the spot later.

The police suspect that the cache of arms and ammunitions were stockpiled by the GJM activists for subversive activities. A better strategy for the operation in the dawn may have avoided the casualty, sources indicated.

Additional director general of police (Law & Order) Anuj Sharma said, “The GJM has created a blue-print so that the unrest continues in the hills and the peace loving people there can not lead a normal life. But we would make sacrifice and we would not let their blue-print succeed.”

He added, “Gurung has a personal interest which is why he is trying to create trouble with the help of some other people. Gurung has neither base nor support because he has been cornered. We have specific information that so far whatever incidents of police attack or arson happened have taken place on his leadership.”

Mr Sharma elaborated, “We also have evidence that Gurung has links with the Maoists and other insurgent groups of the North East.” ‘ According to him, the police went to catch the GJM chief when he tried to enter Darjeeling from Sikkim where he earlier took shelter.

State tourism minister Goutam Deb said, “We strongly condemn such an attack on the police. The police were targeted earlier too. The peace had returned to the Hills. Those who have been booked on charges of the UAPA will be prosecuted. Those who will spread violence will be dealt with iron hands.”

This incident was the second casualty the police suffered in tackling the unrest in the Hills in recent times.  Earlier, a civic police volunteer, Rakesh Rauth, lost his life in an IED attack on Kalimpong police station in August this year. The slain SI’s body was later brought to Siliguri.