The air assets are connected with the Radar station in Coast Guard District Headquarters in Haldia for continuous surveillance. 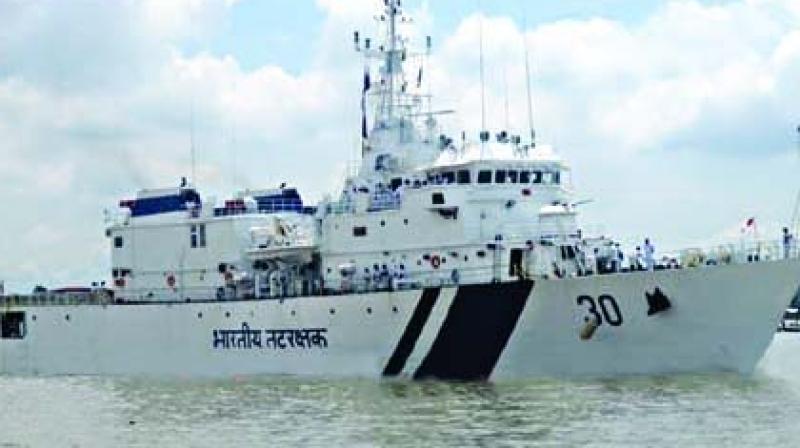 Besides three hovercrafts from Coast Guard district headquarters in Haldia and Coast Guard station Frazerganj have also been positioned.(Representational image)

Sagar Island: The Indian Coast Guard (ICG) has put three tiers of security in place for strategic deployment of its assets from sea to air around the Sagar Island off the Bay of Bengal to prevent any emergency including the incidents of drowning during the Gangasagar Mela, the second largest assembly of pilgrims after the quadrennial Kumbh Mela, on the occasion of Makar Sankranti.

Chief staff officer (operations) I.J. Singh of the ICG (north east region headquarters) informed during a visit to the venue on Monday that the arrangements are focussed on two aspects: safety and search and rescue operations. At the high sea, the first layer covers the international maritime boundary line where an off-shore patrol vessel Sujay is deployed for round the clock vigil.

Besides three hovercrafts from Coast Guard district headquarters in Haldia and Coast Guard station Frazerganj have also been positioned. While two of them have been deployed throughout the day, another has been on standby. They are driven by male officers and their female counterparts like Shruti Mohan Jainpur, an engineering graduate, who joined the ICG as an assistant commandant in 2013. On air, two Dornier aircrafts are carrying out sorties from Kolkata and Bhubaneswar airports daily.

Each is conducting its sortie for two hours, according to Mr Singh, also the deputy inspector general. Besides, two Chetak helicopters are carrying out sorties along the coast. The air assets are connected with the Radar station in Coast Guard District Headquarters in Haldia for continuous surveillance. On the coast, a ten-member team of divers on two boats has been kept ready.

Mr Singh mentioned: “On the land, we are also offering assistance to the National Disaster Response Force with our divers and Gemini boats. Till now, no incident has been reported.”