The DRI personnel intercepted two people on seizure of gold worth Rs. 3.47 crore. 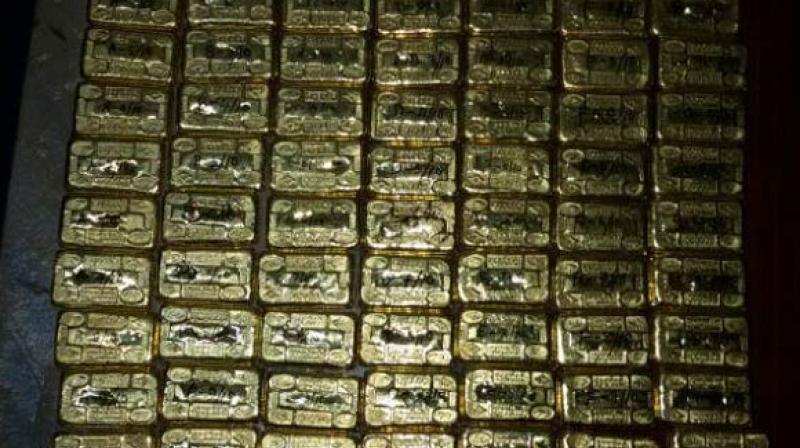 Kolkata: The Directorate of Revenue Intelligence (DRI) seized 11.5 kg gold on Saturday in a hotel near Kolkata's Sealdah station.

The DRI personnel intercepted two people on seizure of gold worth Rs. 3.47 crore.

The accused had come from Champhai, Mizoram, where the gold was delivered to them by a person from Myanmar with direction to deliver at Kolkata, the DRI official said.

The DRI has been making regular seizures of gold in and around Kolkata.

The agency's officials have seized gold bars/biscuits smuggled from Myanmar weighing 93.35 kgs valued at Rs 26.89 crores in 2017 and arrested 29 persons.

"It has been revealed from investigation that some of these intercepted individuals may actually be persons of Myanmar origin," he said.