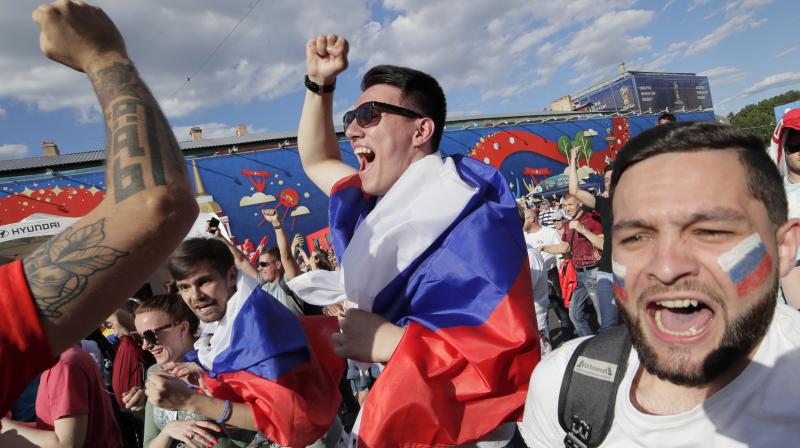 The FIFA World Cup in Russia was kicked off last night on June 14 and will continue till July 15. (Photo: AP)

Kolkata: With the FIFA World Cup fever gripping West Bengal, politicians cutting across party lines have slashed their busy schedules to watch their favourite football players in action during the month-long extravaganza.

Be it leaders of the opposition BJP, the Congress, the CPI(M) or the ruling Trinamool Congress, politicians are making changes in their daily busy schedules according to matches of their best-loved teams.

Senior Trinamool Congress leader and Sports Minister Aroop Biswas said he will not miss a single match of his favourite team Brazil and try to watch all the other good matches.

Biswas' colleague in the state cabinet Partha Chatterjee said he will make an effort to watch as many matches as he can. His favourite team is also Brazil. "I will try to watch all the matches of Brazil, Argentina and Germany. But I have to try to avoid late night matches," said Chatterjee.

Another senior minister Subrata Mukherjee, known as an ardent football fan, said he will not miss any of the matches of European teams besides those of Argentina and Brazil.

State BJP president Dilip Ghosh has made some changes in his schedule so that he can enjoy some of the matches.

"I have heard most of the matches are in the evening and at night. If I need to stay awake I will do that, but won't miss important matches," senior CPI(M) leader Sujan Chakraborty said.

The FIFA World Cup in Russia was kicked off last night on June 14 and will continue till July 15.