West Bengal government on Saturday iterated that the Biswa Bangla Marketing Corporation is totally owned by it and is not a private entity. 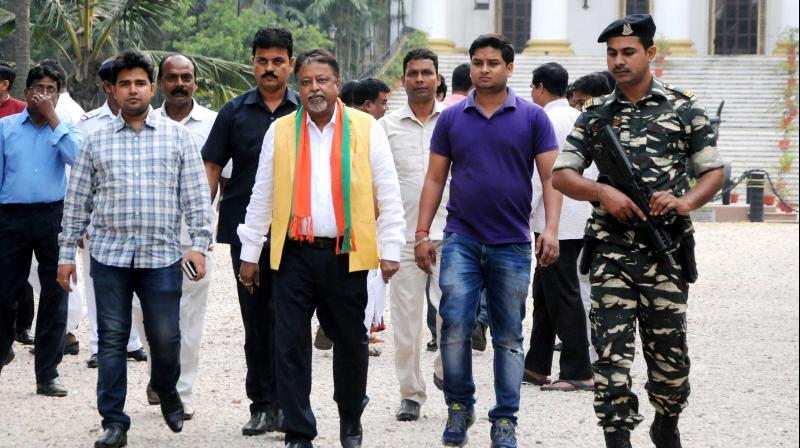 Kolkata: BJP leader Mukul Roy on Tuesday met West Bengal Governor K N Tripathi and apprised him about the ongoing controvery over the Biswa Bangla logo. Mr Roy had claimed at a public meeting earlier this month that Biswa Bangla is not a government entity but a private company owned by Abhishek Banerjee, nephew of CM Mamata Banerjee. Abhishek Banerjee, who is TMC MP and Trinamool Youth Congress president had yesterday sent a legal notice to Roy claiming that the BJP leader had made “false” statements against him and demanded an apology within 48 hours on receipt of the notice.

Mr Sinha had also said that when the government had approached the registry of trade marks, the authorities had said that two other applications were also submitted for it. Subsequently Abhishek Banerjee had withdrawn the two applications and the registration authority had accepted it, he added.